We know, from his letters and from interviews, just how passionate he was about trees,

but we were immediately caught by just how very Treebeardish he sounded:

“I am not altogether on anybody’s side, because nobody is altogether on my side, if you understand me…” (The Two Towers, Book Three, Chapter 4, “Treebeard”)

Trees almost seemed to be people to Tolkien—in fact, we know that Treebeard was based in part upon a person—his friend, CS Lewis—at least his voice and manner of speaking.

As near-people, then, to Tolkien, their destruction would have been a kind of murder.  With that in mind, we thought of our last posting, in which we quoted Farmer Cotton talking about Sharkey’s regime in the Shire, including “They cut down trees and leave ‘em lie.”  (The Return of the King, Book Six, Chapter 8, “The Scouring of the Shire”).  And we wondered whether, behind this, JRRT was talking not only about the orcs’ wanton devastation of trees,

Certainly Treebeard saw this as murder, as he says to Merry and Pippin about Saruman

“He and his foul folk are making havoc now.  Down on the borders they are felling trees—good trees.  Some of the trees they just cut down and left to rot—orc-mischief that; but most are hewn up and carried off to feed the fires of Orthanc…Curse him root and branch!  Many of those trees were my friends, creatures I had known from nut and acorn; many had voices of their own that are lost for ever now.  And there are wastes of stump and bramble where once there were singing groves.”  (The Two Towers, Book Three, Chapter 4, “Treebeard”)

Saruman, a person with “a mind of metal and wheels”, who was “plotting to become a Power”,

has turned Isengard into a vast factory, where “there is always a smoke rising”.

Thus, just as JRRT may have been recalling the Battle of the Somme, so perhaps he was also suggesting  the industrialization which had been in full swing when he was born and which he disliked intensely and which was reducing much of the part of England in which he grew up to the smoking wasteland Sharkey tried to make the Shire

as we see in this Alan Lee depiction. 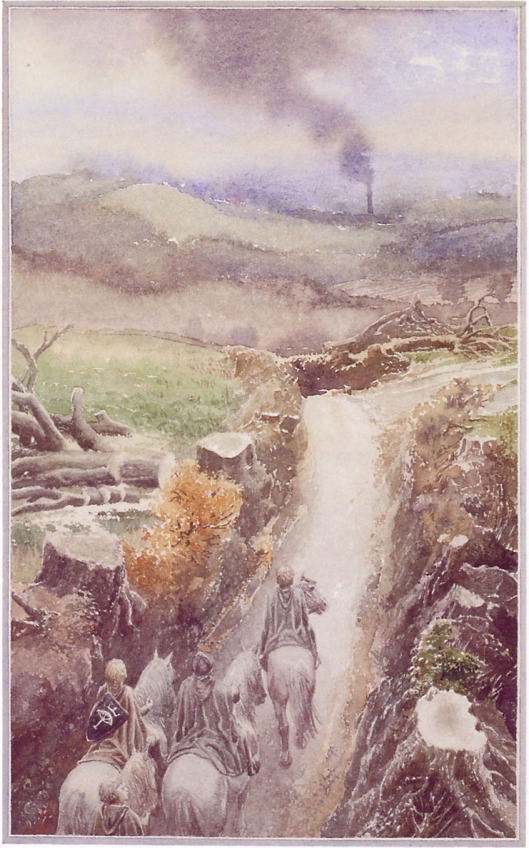 Of course the deforestation went back long before the Industrial Revolution began.  Once upon a time, great forests covered much of the northern European world and humans lived in the midst of miles and miles of trees in clearings which they cut for themselves. 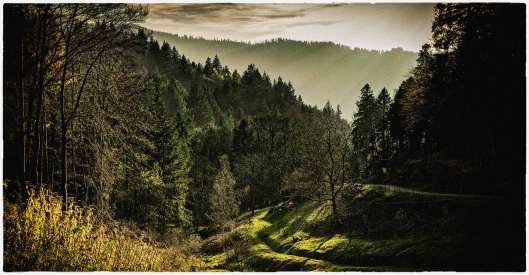 And we still have a distant memory of these, we would suggest, in some of our fairy tales.  If you think about the Brothers Grimm fairy tale of “Haensel and Gretel”, for example, 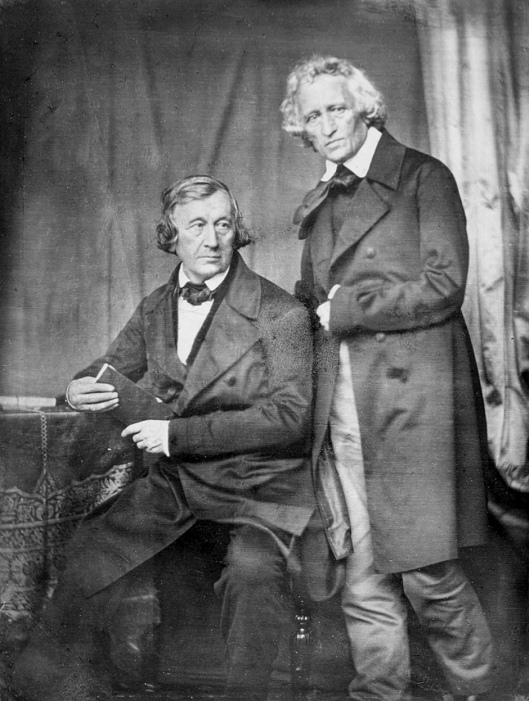 you’ll remember that, not only did the children live in the middle of such forest, as did the witch, but their father was a woodcutter, someone who would have been involved in that very deforestation, if in a very small way. 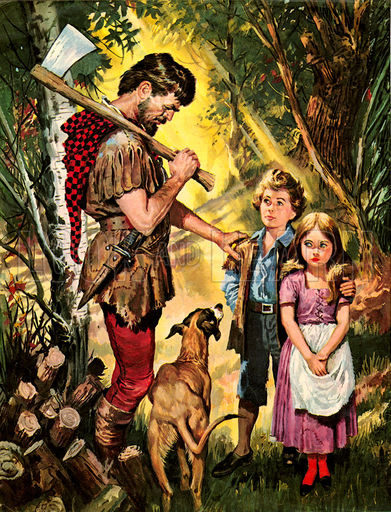 This memory, collected by the Grimms and others in folktale form in the early 19th century, also provided inspiration for the German Romantics—as you can see in this painting by one of their greatest painters, Caspar David Friedrich (1774-1840).

To those Romantics, the forest was scary—but fascinating, as well—and disappearing, as the industrialism which JRRT disliked swallowed it.

Wood was, however, the plastic of the world for many generations, with infinite uses, from home heating to ship-building, and, wherever humans settled, wood was eaten up.  Here is a telling chart for Britain of the contrast between 2000BC and 1990AD.

It is no surprise, then, that, during the 17th century colonization of what is called New England in the US, a major attraction was the availability of wood and the colonists took full advantage of that availability, as this chart shows—

The forest which Treebeard shepherds is, in fact, rather like the forest depicted in that chart of Britain, as Aragorn says:

“Yes, it is old…as old as the forest by the Barrow-downs, and it is far greater.  Elrond says that the two are akin, the last strongholds of the mighty woods of the Elder Days, in which the Firstborn roamed while Men still slept.”  (The Two Towers, Book Three, Chapter 2, “The Riders of Rohan”)

But what would have happened to it had Saruman not lost Isengard to the very trees he was destroying? 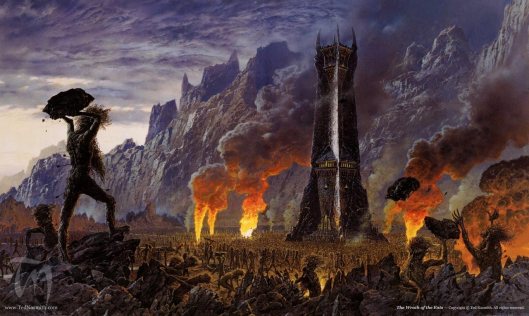 In thinking about this, we were reminded of another woodcutter in a children’s story.

Or, if you prefer the film—

He lives in the still-wooded land of Oz 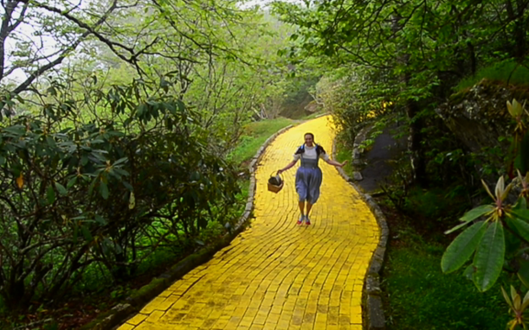 where there are even talking trees (although a lot less friendly than Treebeard).

Dorothy, however, lives in a Kansas seemingly blighted by the so-called “Dust Bowl” of the 1930s.

Would this have been Fangorn’s fate?  We have only to look at Mordor to believe it might have been, when all the trees fell silent.

As ever, thanks for reading.

In 1939, a Russian children’s author, Alexander Volkov, published The Wizard of the Emerald City.  When one compares it with a certain American book of about 40 years before, striking similarities appear, starting with the title character.  And the illustrations, by Leonid Vladimirsky, also have something familiar about them…

There was one very practical change, however:  the Tin Woodman became the “Iron Lumberjack”, which rectifies a mistake in the original.  When Dorothy discovers the Woodman, he has rusted in place, but tin can’t rust!