In our last, Sam Gamgee, while discussing their current situation with Frodo, says:

“The brave things in the old tales and songs, Mr. Frodo:  adventures, as I used to call them.  I used to think that they were things the wonderful folk of the stories went out and looked for, because they wanted them, because they were exciting and life was a bit dull, a kind of sport, as you might say.”  (The Two Towers, Book Four, Chapter 8, “The Stairs of Cirith Ungol”)

We suggested, in our last, that this might, in part, be a comment upon the enthusiasm for war in Britain in the later months of 1914, with its dramatic posters. 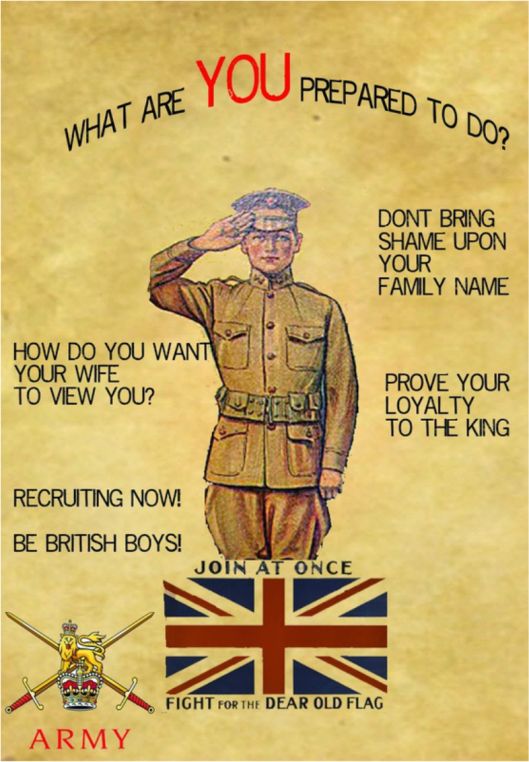 Now, rereading the posting, we wanted to take the passage in a different direction, that of “kind of sport”, or, rather, game.  “Game” took us to a once-well-known poem by Sir Henry Newbolt (1862-1938), 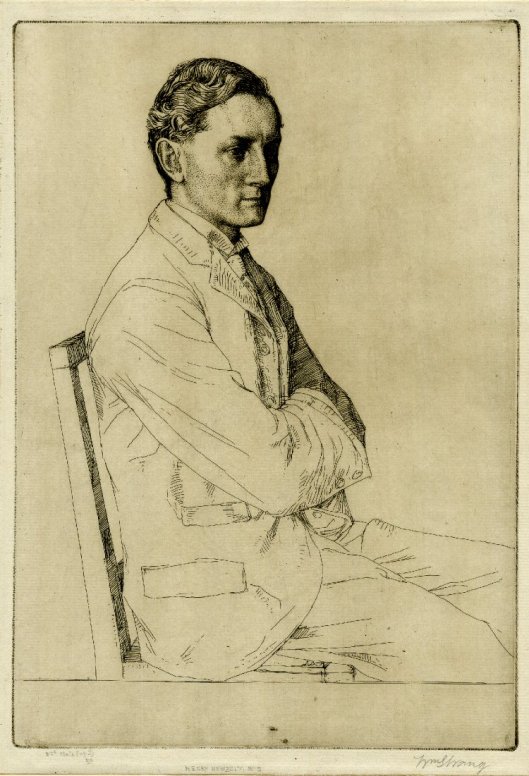 (“They Pass On The Torch of Life”)

There’s a breathless hush in the Close to-night —
Ten to make and the match to win —
A bumping pitch and a blinding light,
An hour to play and the last man in.
And it’s not for the sake of a ribboned coat,
Or the selfish hope of a season’s fame,
But his Captain’s hand on his shoulder smote —
‘Play up! play up! and play the game!’

The sand of the desert is sodden red, —
Red with the wreck of a square that broke; —
The Gatling’s jammed and the Colonel dead,
And the regiment blind with dust and smoke.
The river of death has brimmed his banks,
And England’s far, and Honour a name,
But the voice of a schoolboy rallies the ranks:
‘Play up! play up! and play the game!’

This is the word that year by year,
While in her place the School is set,
Every one of her sons must hear,
And none that hears it dare forget.
This they all with a joyful mind
Bear through life like a torch in flame,
And falling fling to the host behind —
‘Play up! play up! and play the game!’

Here we see battle equated with playing football at school, the implication being that one must stick to it, whether it be in a game or in life.

People have been making a game of battle for many years. The Romans seem to have had some sort of equestrian display called the “Troy Game” (lusus Troiae), about which most of what we know comes from Vergil’s Aeneid, Book 5, lines 545-603—here’s a LINK so that you can read it for yourself in translation), and there appears, as well, to have been some sort of cavalry event complete with masks (although, recently, there have been questions raised about these masks).

(These masks also remind us of a piece of armor used in eastern Europe, especially by the early warriors of Russia and its allies.)

including a kind of general mayhem called a melee. 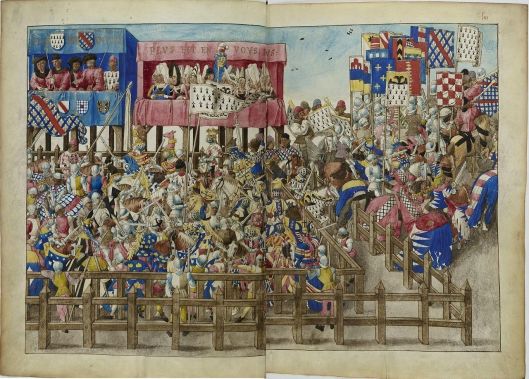 Such events proved so dangerous, however, that, in 1130, Pope Innocent II banned tournaments and, in time, several English and French monarchs did the same, with very mixed results as far as obedience went, although melees eventually seem to have died out, even as jousting continued in popularity.

Tournaments might keep knights in training, but, by the Napoleonic era,

military authorities had begun to think about how they might train their young soldiers off the battlefield.  Beginning in the early 1800s, officers in the Prussian army began to experiment with board games, called “Kriegsspiel” (literally, “game of war”). 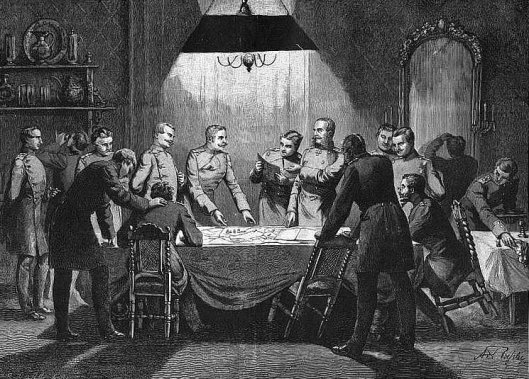 (Here’s a LINK to great site if you want to know more about such games or, even better, play them.)

Board games like this continued to be developed and popular.  Here’s Polemus from 1888. 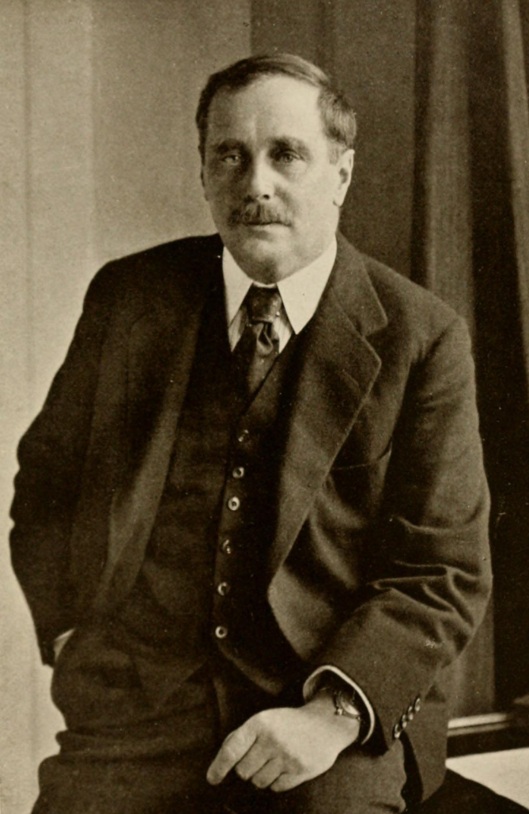 at the end of which he promised that, some time in the future, he would write about what he called “little wars” and, in 1913, that book appeared, Little Wars. 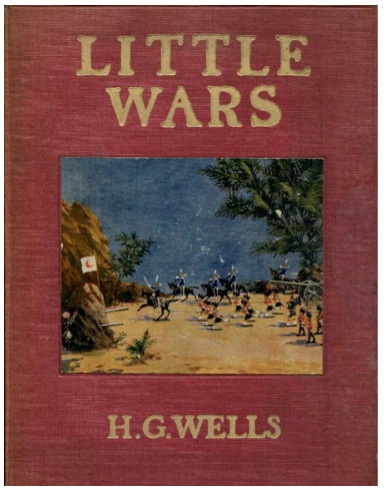 This was a whole new kind of game.  It was a kriegsspiel, in that it was a wargame, but it was a wargame which, instead of using maps and wooden pieces, as earlier board games had, this was a much more realistic game, played with scenery and hundreds of small metal soldiers, mostly based upon the soldiers manufactured by William Britain, beginning in the 1890s. 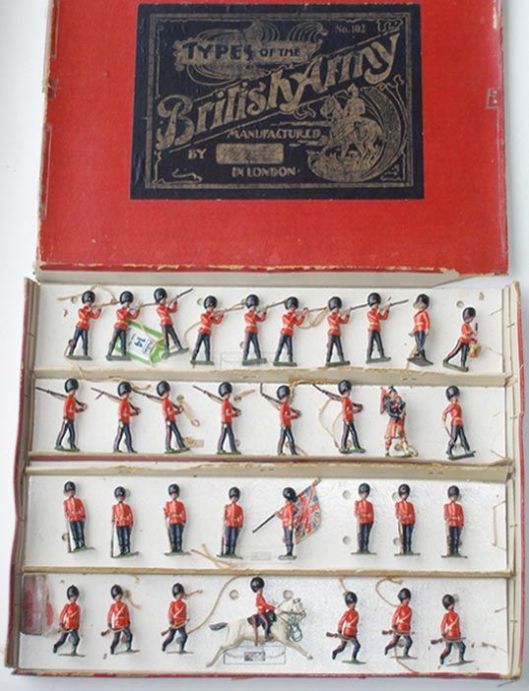 Such games, with even more elaborate scenery, figures, and rules, are played today around the world. 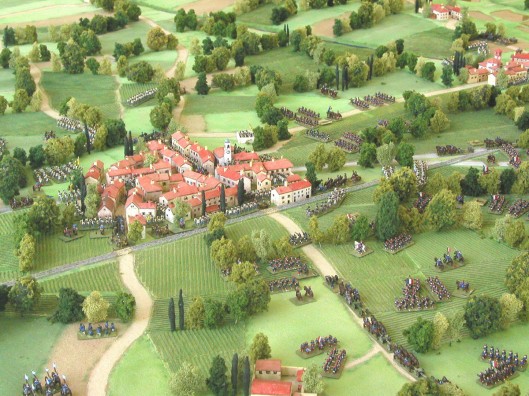 Besides kriegsspiels, by the early 20th century European armies began to create full-sized 3D equivalents, called maneuvers.  In these, large numbers of actual soldiers, divided into sides like “Red Army” and “Blue Army”, would march across the countryside, seeking to gain advantage over the other side, while referees looked on and judged how successful those movements were. 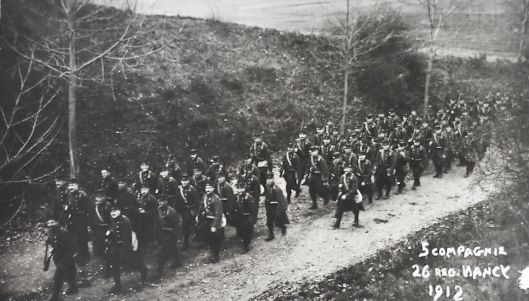 In the summer of 1914, the Austrians were due to hold their summer maneuvers in the hills of Bosnia, to the west of Serbia.  The Austrian Crown Prince, Franz Ferdinand, who was to observe those maneuvers,

arrived in the Bosnian capital, Sarajevo, on the 28th of June with his wife, Sophia—and then things went very wrong 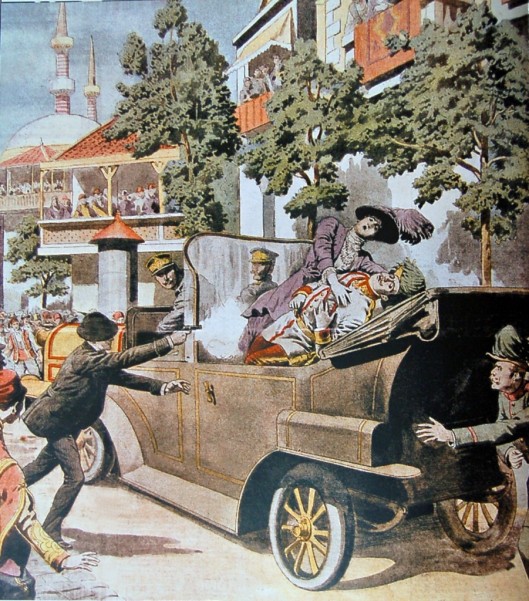 and wargames turned into actual war, a war which lasted till November, 1918, in which perhaps as many as 16.5 million people died.

This leads us back to something which HG Wells suggested at the conclusion of Little Wars and which we wish were true:

“And if I might for a moment trumpet! How much better is this amiable miniature than the Real Thing! Here is a homeopathic remedy for the imaginative strategist. Here is the premeditation, the thrill, the strain of accumulating victory or disaster—and no smashed nor sanguinary bodies, no shattered fine buildings nor devastated country sides, no petty cruelties, none of that awful universal boredom and embitterment, that tiresome delay or stoppage or embarrassment of every gracious, bold, sweet, and charming thing, that we who are old enough to remember a real modern war know to be the reality of belligerence. This world is for ample living; we want security and freedom; all of us in every country, except a few dull-witted, energetic bores, want to see the manhood of the world at something better than apeing the little lead toys our children buy in boxes. We want fine things made for mankind—splendid cities, open ways, more knowledge and power, and more and more and more—and so I offer my game, for a particular as well as a general end; and let us put this prancing monarch and that silly scare-monger, and these excitable “patriots,” and those adventurers, and all the practitioners of Welt Politik, into one vast Temple of War, with cork carpets everywhere, and plenty of little trees and little houses to knock down, and cities and fortresses, and unlimited soldiers—tons, cellars-full—and let them lead their own lives there away from us.”

What more can we say?