We discussed much of the detail of his kit, including this very important item, first introduced to the British army on the Western Front in 1916.

although they had shed their red coats for anything but parades,

having learned in many colonial wars that khaki was more practical on campaign,

were still, at heart, ready for the kind of open-battlefield fighting which their ancestors had practiced at Waterloo, a century before.

Infantry might not fight in long solid lines any longer, 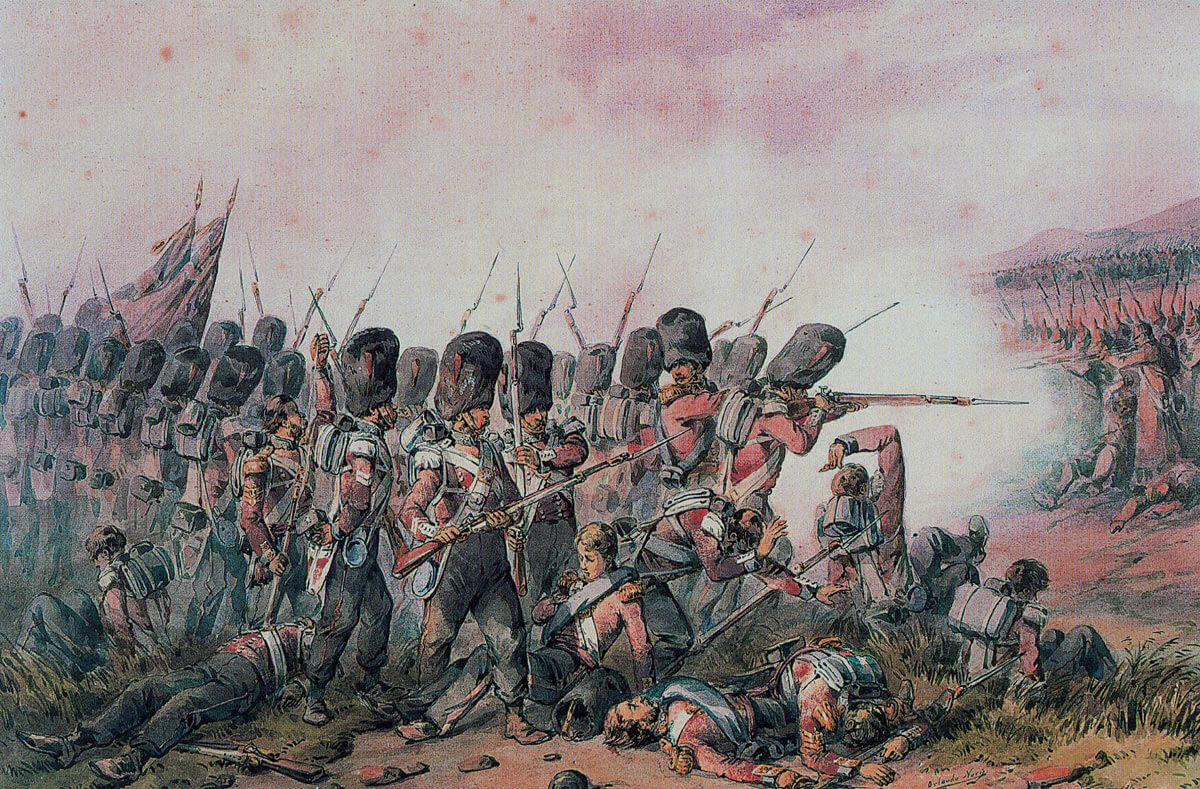 and cavalry ready to charge even enemy artillery,

just as they had at Balaclava, 60 years before.

The British were not alone in imagining modern war as being like this.  Across the Channel, the French were still wearing the same red trousers they had first put on in the 1830s, while discussing attacks made solely with the bayonet.

And the Germans, although more sensibly dressed in grey, could still see themselves as pounding across the battlefield like medieval knights, lances lowered.

Unfortunately for such dreams, weapons technology in 1914 had far outstripped fashion and tradition, with machine guns having firing rates of as much as 600 rounds per minute

What happened next was a kind of military retrograde motion:  what was planned as open-field warfare turned into a giant, 500-mile-long siege.

There had, of course, been sieges forever.  The ancient Neo-Assyrians were fierce proponents.

In 332bc, Alexander the Great, frustrated by the defiance of the city of Tyre, conducted a famous siege across open water to make the Tyrians submit.

Julius Caesar had crushed Celtic power in Gaul in part by besieging their major settlement at Alesia in 52bc.

During the western Middle Ages, sieges were more common than pitched battles.

By the 14th century, however, big siege weapons, like the massive stone-throwing trebuchet,

were fated to be replaced by a new and more effective weapon, the bombard, or cannon.

And, with the expansion of the use of artillery to pound enemy defenses, siege warfare became that much more deadly—as in the relatively short time (53 days) it took for the guns of Mehmet II to knock holes in the ancient but massive walls of Constantinople in 1453.

Over time, the practice of siege craft became an art, as did that of fortification, and, for western armies, the theoretician was Louis XIV’s military engineer, Sebastien Le Prestre de Vauban (1633-1707).

Vauban designed fortresses to resist sieges, but he also said that every fortress could be taken in time and proved it by directing methodical attacks upon a number of them.  Step one was to gradually move trenches—and guns—closer and closer to the enemy fortress or town, attempting to make a hole in its walls.  Then, when the hole was judged big enough to provide entry into that town or fortress, infantry would be sent in to try to break through.

Vauban’s method, with its lines of moving trenches and gun emplacements, became the standard and older soldiers in 1914 and those who read military history would have seen that method in the later 19th century, when the Prussians and their allies besieged Paris in late 1870,

or when the Russians laid siege to the Turkish garrison of Plevna in 1877,

or, more recently, when the Japanese besieged the Russians at Port Arthur in 1904-5.

Thus, there was a long tradition for such things for the armies of western Europe to follow in 1914, but the difference lay in those modern weapons, which made the life of besiegers—and, in this war, both sides were really besieging each other simultaneously—that much more dangerous.  If the basis of that tradition was bombardment followed by a successful infantry assault, then the generals of 1914 would follow that pattern.

If the enemy used machine guns and heavy artillery to stop the attackers,

Change took time, but one element was to improve soldiers’ chances to survive in the trenches and that meant reviving something from the medieval world, the metal helmet.

The French were the first to replace the soldiers’ kepi

(The kepi picture, by the way, isn’t colorized, but is an actual early color photograph, using what was called “autochrome”.)

with their own version of a steel helmet, in 1916.

Also, in 1916, the British replaced the service dress cap

with the very piece of kit with which JRRT would have been equipped, and with which we began.

Thanks, as ever, for reading