This is our annual Guy Fawkes’ Day/Halloween/Samain posting. Last year, we looked at GFD. This year, it’s Halloween—and a little puzzle from JRRT (how not?).

Magic and mystery—centered on witches—is a central theme for Halloween celebrations.   Just look at the variety of commercially-made costumes available.

For many of us, our introduction to witches was probably in the person of the Wicked Witch of the West in the 1939 The Wizard of Oz.

This is not quite what the witch in L. Frank Baum’s original book, The Wonderful Wizard of Oz (1900)

but you can see, in her hat and dress, things which were already symbolic of witchery in popular culture: black cats, crescent moons, toads, some of it echoes from the words of the three Weird Sisters in Shakepeare’s Macbeth (1606), who meet the protagonist on the road after his victory over the enemies of Duncan the king of Scotland. (Theodore Chasseriau)

A dark Cave. In the middle, a Caldron boiling. Thunder.

Somehow, somewhere, witches acquired those distinctive clothes and hat—especially the hat. The story of Macbeth and the witches comes from Holinshed’s Chronicles (1577/1587) and here is that scene illustrated from that first edition of 1577. 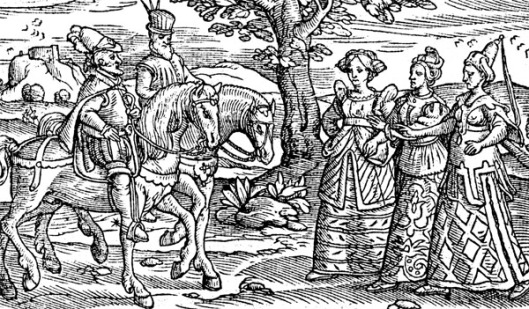 As you can see, to the modern eye, there’s nothing “witchy” about these ladies. So where do those clothes and hat come from? We have no firm answer for this, just a guess—and from another literary tradition, Mother Goose.

The first published version of stories (and, in time, rhymes) under that name dates from 1695. Here’s the frontispiece from the first English translation (1729). 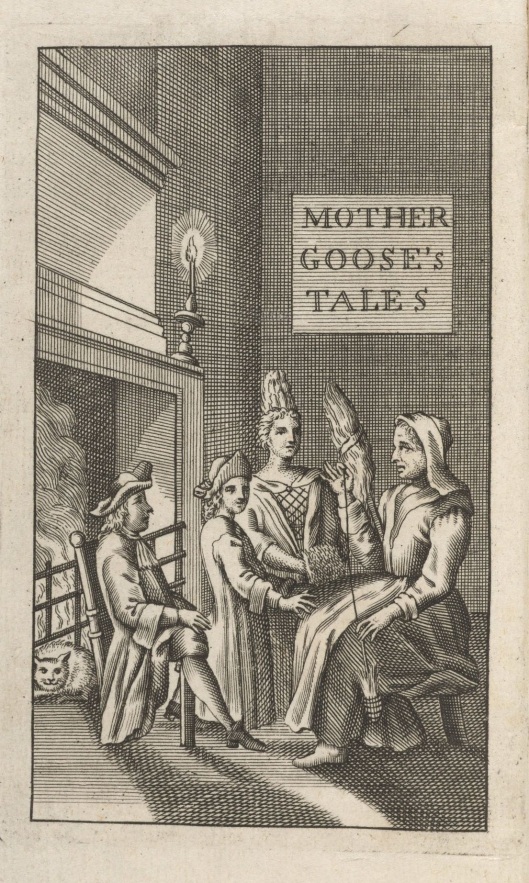 Mother Goose was supposed to be a country woman and, by the latter part of the 19th century, was dressed as one—but we think with a particular look, that of Welsh women in distinctive traditional clothing. 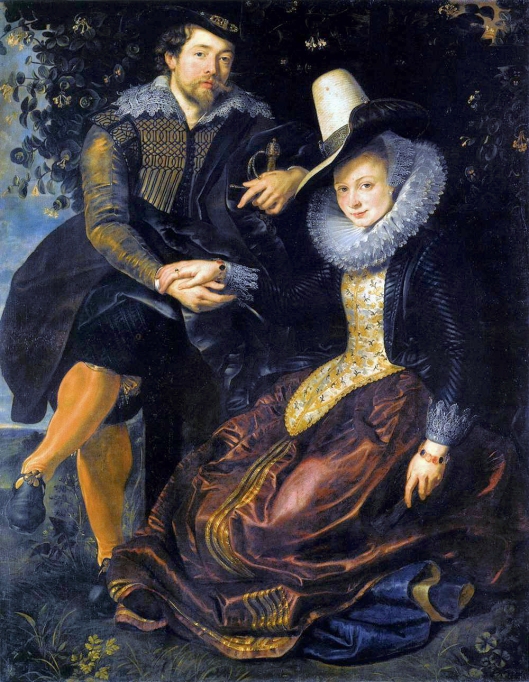 Country people tend to be conservative, so something worn in much of the UK in the 17th century appears to have existed, at least in modified form, in the depths of Wales long after then.

We wonder whether there hasn’t been a kind of cross-over effect: country women to Mother Goose to witches—all conservative dressers. There is also a long tradition in Wales of “wise women”—often mistaken in England for dealers-with-the-devil—those appear in this rather creepy painting by Goya of a witches’ Sabbath (1797-1798). (We note that there are no pointy hats here.) Perhaps the Welsh wise woman was consulted about wardrobe by Mother Goose? 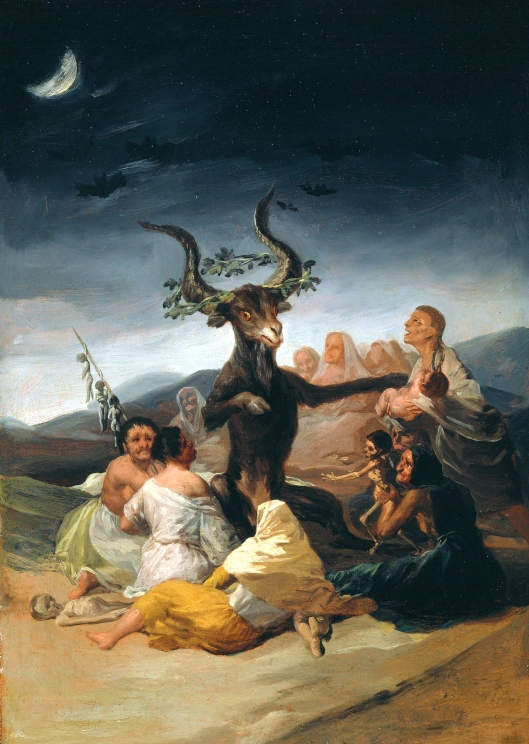 Men, too, could take part, sometimes called witches, sometimes warlocks or wizards. When we think wizard, of course, we immediately think of the 5 Istari—

When we think of witch, however, in the context of LOTR, we can see that:

There is a puzzle here, however. In western tradition, witches are the servants of Satan, who spend their time, it seems, troubling humans at the daily level—making cows sick, tormenting babies, holding sabbbaths, casting spells.

In that tradition, the only ruler is Satan himself, as depicted in this second Goya painting of a sabbath (and we note here that most of the witches appear to be something between human and other—a great—but horrible—touch—and who is that girl sitting off to the right? This comes from a series of paintings done by Goya in the last years of his life and there is a certain mystery about why he painted them—they’re murals, in fact—and what they might mean.)

As there are no other witches in Middle-earth, then, where are the witches for the witch-king to be monarch of?

And that, perhaps, is another mystery for Halloween…

Oh—and Happy Halloween, by the way!

While gathering images for this posting, we happened upon this photograph. Is this a picture from Professor McGonagall’s 50th Hogwarts  reunion? 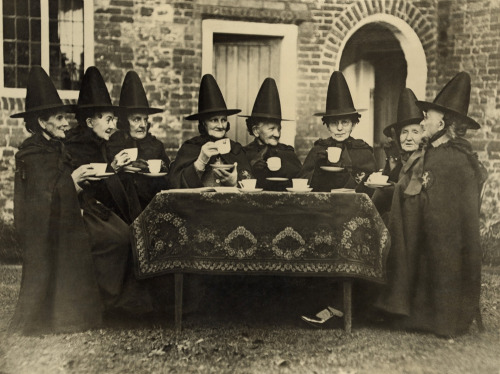