Welcome, as always. This posting is now one of two, but it was originally a single posting in which we discussed both Palantiri and Galadriel’s mirror.

Our first thought had been, in fact, a vague one: what did one see in such things? As we reviewed the various possibilities, we realized that they were, in fact, very different in function (yes, we probably didn’t think long and hard enough—we should have pulled out our spares and dipped into that cask of Longbottom Leaf for a three-pipe problem). So we separated them and here’s the first, on the Palantiri.

We begin in 1939. It’s not a happy time: war in Europe has broken out again after only two decades of peace. The Depression is still lingering. But there is a new film which Priscilla (age 10) has heard about and would very much like to see and her loving and indulgent father has agreed to take her—after all, this is a children’s movie and he, since his first novel was published in 1937, has become a children’s author.

The film was the story of a quest: the heroine, torn from home, acquires a magical object (two, in fact), slowly gathers a disparate band of companions who help her on her way, visits a grand city, has dealings with a wizard, defeats a powerful enemy and returns home, at last, a wiser person. 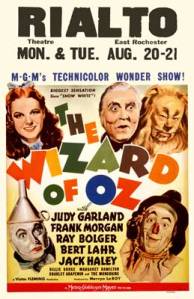 In the very year he became a children’s author, the father had begun a new work. Based in part upon earlier materials and interests, as well as upon elements from his 1937 novel, this was to become not, as he thought at first (and his publishers hoped) a sequel to his previous work, but a kind of extension of that work and, in the years in which he continued to work on it, much more.

In the meantime, he sat in the theatre in Oxford and watched a bleak prairie world 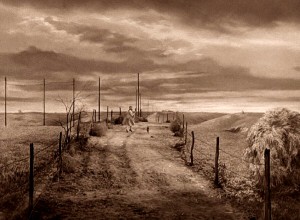 turn into something almost hallucinogenically-technicolored 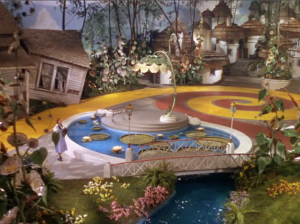 and filled with small and very energetic people.

But the heroine, as we said, has been torn from home and, worse, she arrives and is immediately in trouble with a powerful enemy,

having accidentally killed that enemy’s sibling. 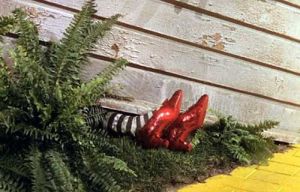 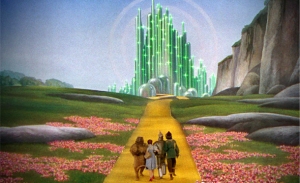 and, all the while, that powerful enemy is watching.

This isn’t the first time such a scrying device has been seen in the story. Earlier, the heroine had consulted another magical figure—or so he claimed. 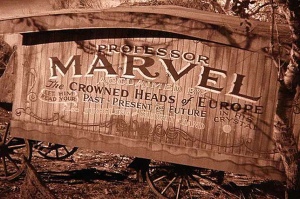 What’s particularly interesting about this device is that, unlike crystal balls one remembers from film and books and from general folklore, 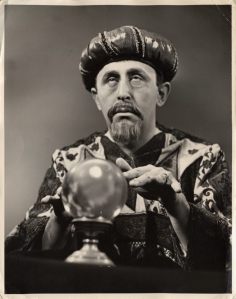 the one which is actually used sees not the future, but the present.

The Wicked Witch of the West sees Dorothy—as, of course, that’s who they are– 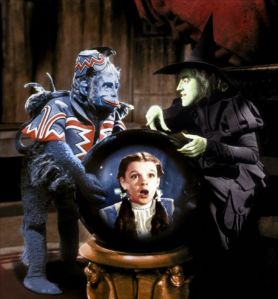 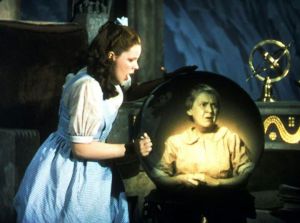 (And “Professor Marvel”, as he calls himself, at least pretends to see the present.)

This made us wonder about the Palantiri.

For a useful summary of information about these so-called “seeing-stones”, see the entry for Palantiri at Tolkiengateway.net/wiki/Palantiri, but, in short, they are an ancient communication device. That is, they are unlike the usual crystal ball, which looks into the future (or possibly the past), but are rather like the Middle Earth form of skype.

These items don’t have the security offered by our earthly form, however. Within The Lord of the Rings, we see them used by Saruman

Aragorn, however, is the only one able to escape the control of Sauron as exerted by the sphere. 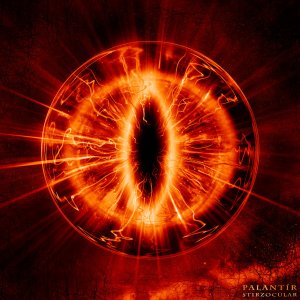 Their function as a medium of communication, so different from their usual use, brings us back to Margaret Hamilton, staring into her crystal ball

and we wondered whether, in that dark late summer of 1939, Tolkien might have sat in a theatre in Oxford, watching the Wicked Witch of the West, and, as he did so brilliantly with so many other things, absorbing, then recreating what he saw for his own purposes. What do you think, dear readers?