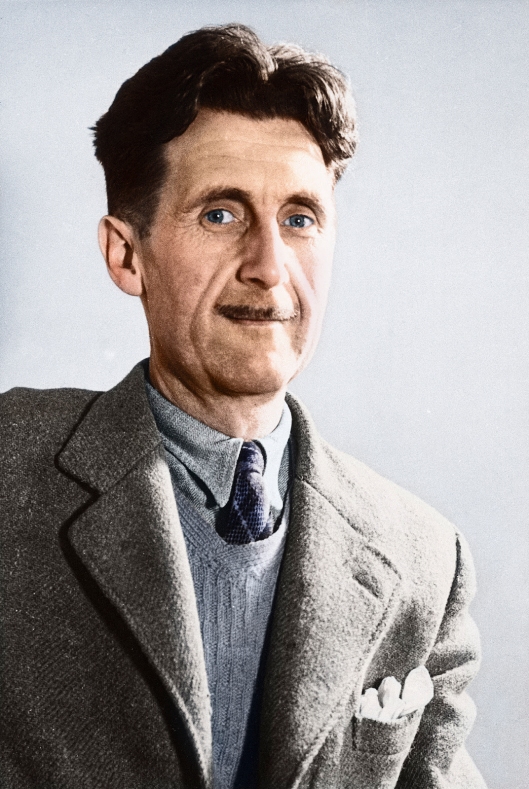 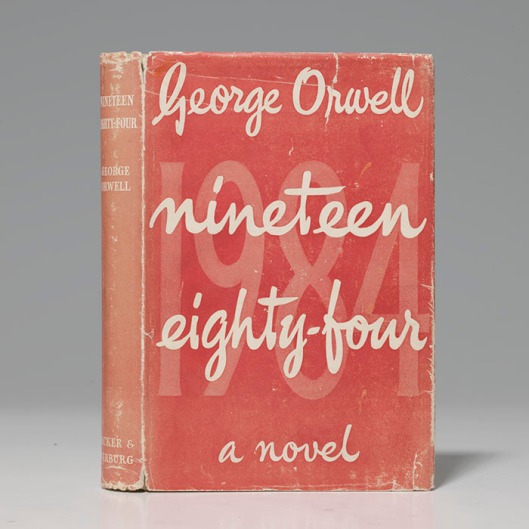 the protagonist, Winston Smith, is attempting to do what are called “physical jerks”, meaning calisthenics, in front of a “telescreen”.  This is, in fact, a two-way device, but it’s impossible to know when, as you are watching it, it can be watching you, until:

‘Smith!’ screamed the shrewish voice from the telescreen. ‘6079 Smith W.!

Yes, YOU! Bend lower, please! You can do better than that. You’re not

And so we see just how militarized “Oceania”, Smith’s homeland, has become.  You are not a citizen, but a member of a “squad”, and your name has a serial number attached.

The same is true of Sauron’s Mordor, as Sam and Frodo overhear, desperately trying to conceal themselves behind a “brown and stunted bush”.  Two scouts appear:

“One was clad in ragged brown and was armed with a bow of horn; it was of a small breed, black-skinned, with wide and snuffling nostrils…The other was a big fighting-orc, like those of Shagrat’s company, bearing the token of the Eye.”

(Here’s Alan Lee’s illustration of the two, by the way.) 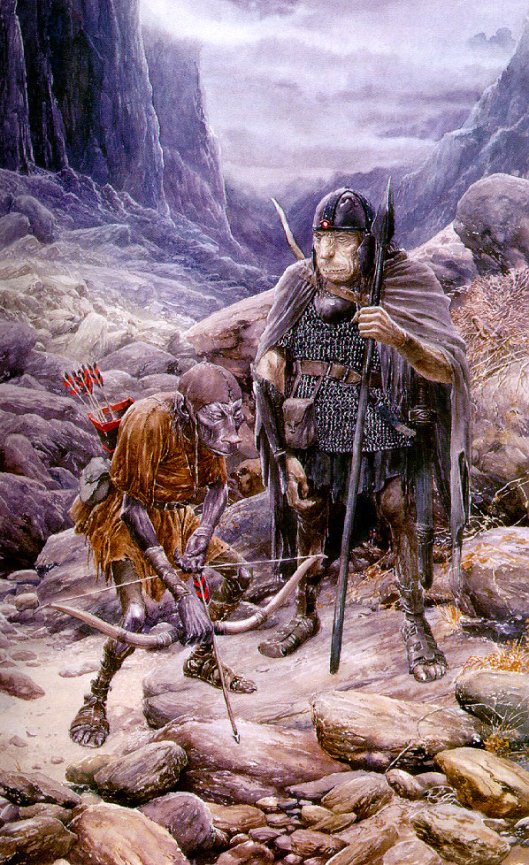 They are soon quarreling and, when the small one tries to escape, the larger fighting-orc shouts:

“You come back…or I’ll report you!”

To which the smaller replies:

“Who to?  Not to your precious Shagrat.  He won’t be captain any more.”

And the larger answers that with:

“I’ll give your name and number to the Nazgul.”  A threat which soon gets him killed.

When we think about Tolkien in the Great War, 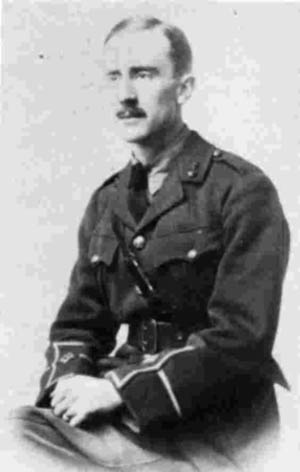 we can see at once where the idea of the “name and number” came from.  Although there had been attempts at serial numbers as far back as 1857, 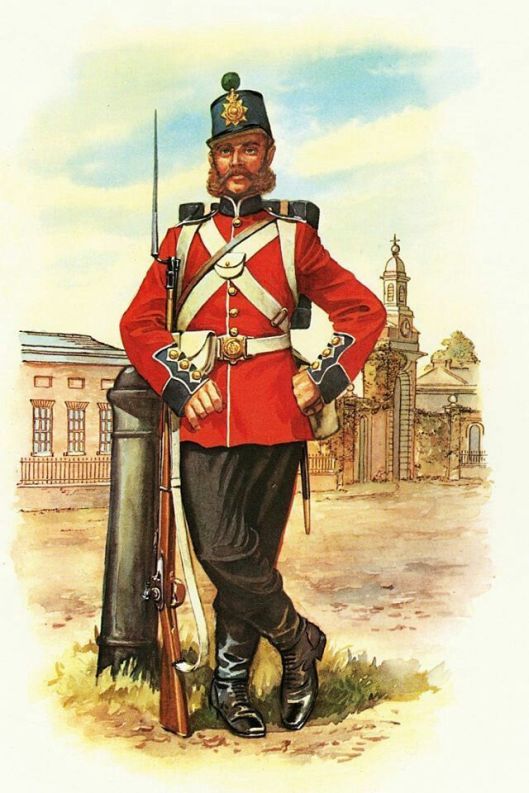 in 1881, units in the British Army adopted a regimental serial system. 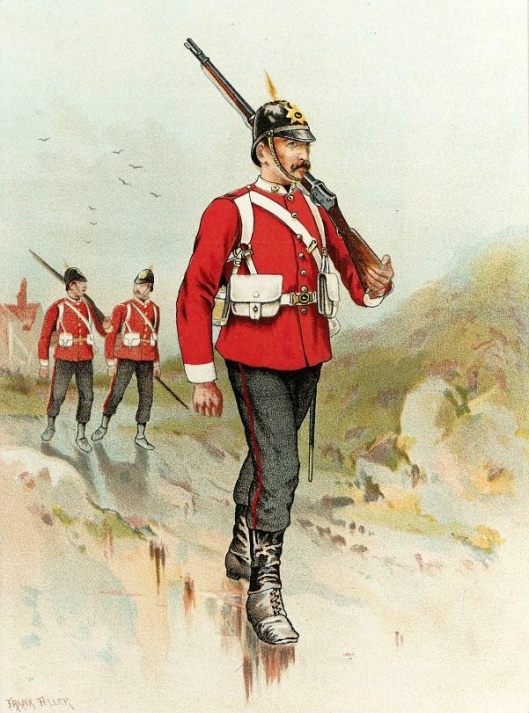 Thus, in JRRT’s army, he would have seen a man in his battalion of his regiment (the Lancashire Fusiliers) identified as “189, Smith, W” (although officers like Tolkien were not issued such numbers). 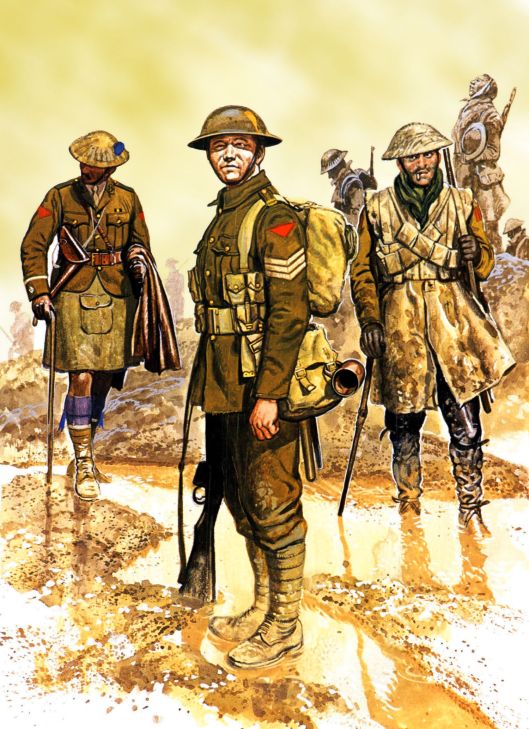 There is, of course, another identifying mark for the soldiers both of Sauron and Saruman, the heraldic device on helmets or shields, the red eye for Sauron, the white hand for Saruman 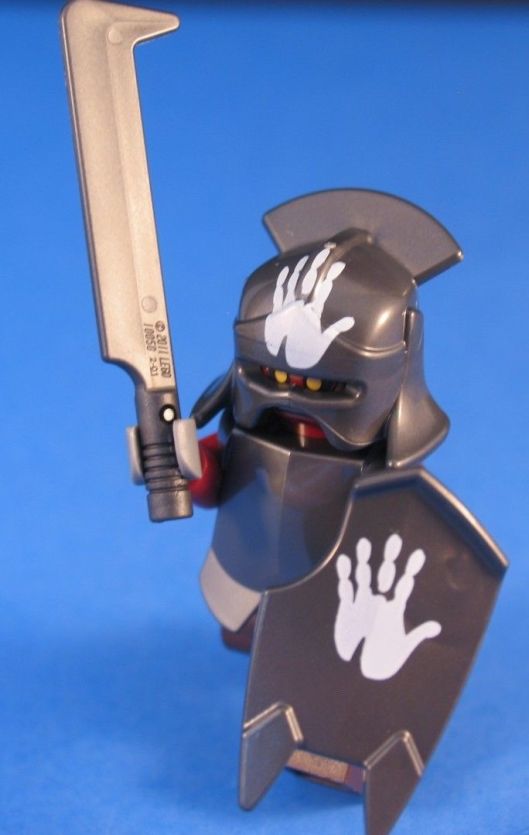 When we say “heraldic device”, we mean, as you can see, a decoration on cloth or metal, clothing, armor, and flags, which indicates, in some way, who the wearer is, or to whom he belongs.  On a medieval battlefield, before men wore uniforms, this would help those in charge to understand, at a glance, who was fighting whom. 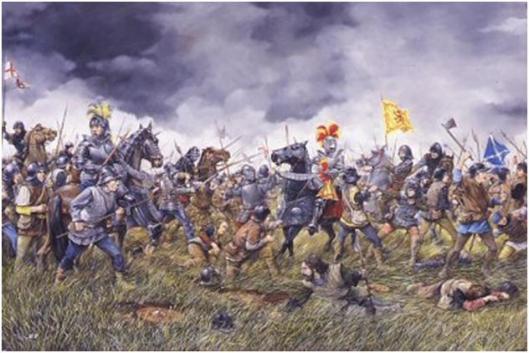 In this painting of the large and confused battle between English and Scots soldiers at Flodden (1513), a late-medieval, early-Renaissance struggle, you can see how confusing things could be, but some order could be made out of the English standard to the left, and two Scottish flags to the right, the far one being generic Scots, but the near one being the banner of the Scottish king himself, James IV.

Up close, the one of the heraldic badges of the Stanley family (on the English side), the claw, marks this archer.

The science of heraldry is large and complicated, but may be seen at its simplest  in The Lord of the Rings, not only among orcs, but also among the forces of the West—

the white horse of Rohan, 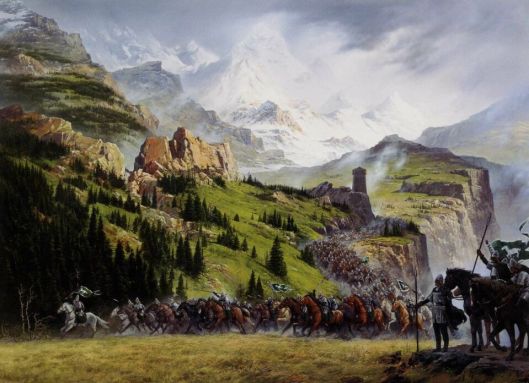 the swan and ship of Dol Amroth, 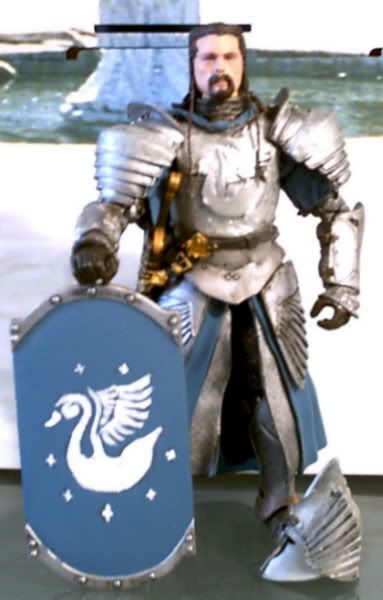 and the tree and seven stars of Gondor. 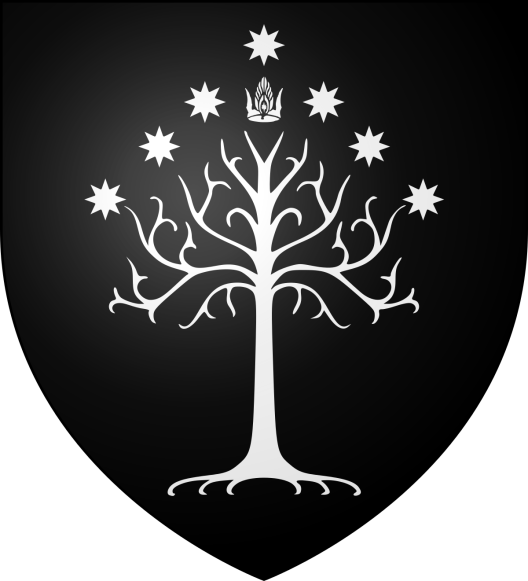 Where there is a strong contrast between the two sides, however, and we can only speculate as to JRRT’s intent, was the assignment of numbers to the orcs of Mordor  and not to the soldiers of the West a quiet comment on the facelessness of modern warfare, where a soldier is a number first, before he is ever a name and perhaps all men are reduced to orcs? 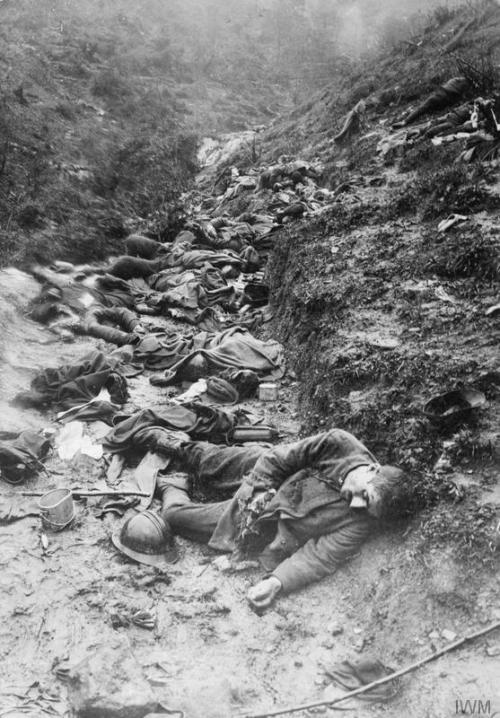