Imagine a world where there were no airports, no contrails, no roar of engines, no small silver objects crossing the skies, the sound of their flight trailed behind them.  The only flying things would be birds and those in different seasons, some permanent, some migratory (or used to be—where we live in North America the Canada Geese, whose great chevrons across our skies used to be powerful signs of winter to come or spring soon to appear, now squat here year round).

This would have been England in 1892, the year JRRT was born.  There were early airships—basically big balloons of various sorts, but they were primarily stationary and used for (limited) military intelligence.

Then came the Wright brothers 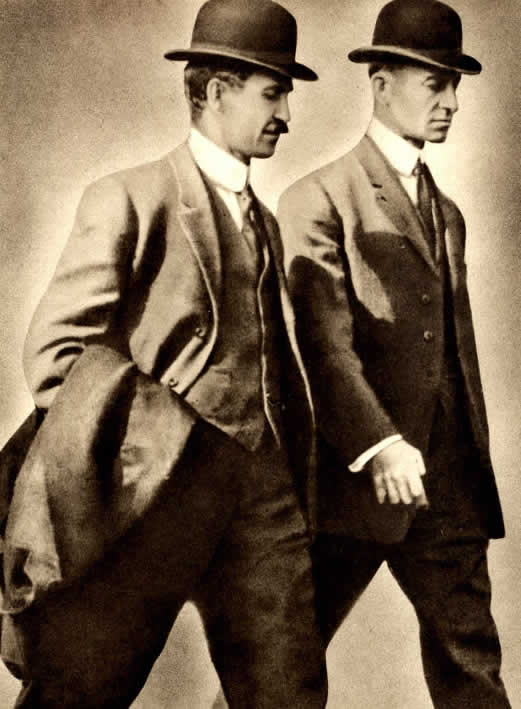 who, in December, 1903, produced the first engine-propelled, manned flight in their enlarged kite. 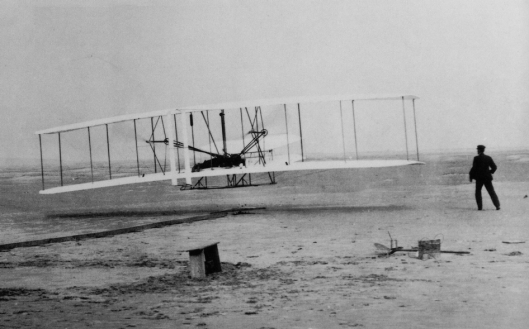 Thereafter, flight would, literally, take off, but the Wrights, who were idealistically inclined, believed that such an invention would actually end war by making it too terrible.

The British army thought differently, however, and there were soon aerial observation units attached to military formations.  In fact, Sir James Grierson 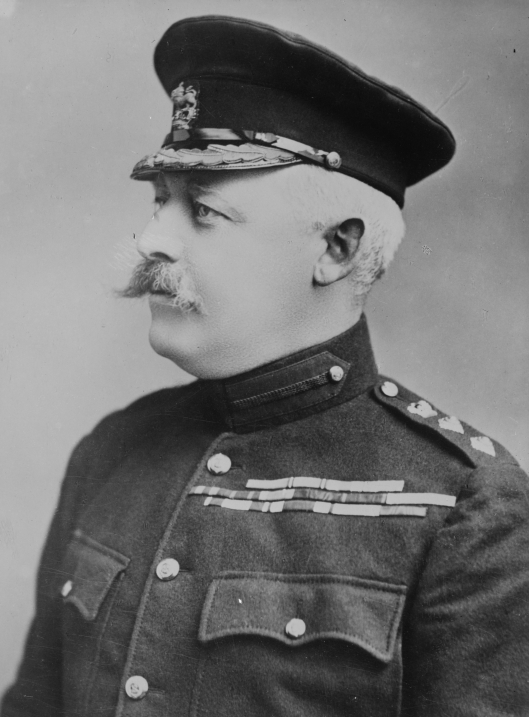 not only by his skillful use of aircraft for observation, but also by his keen understanding of how to conceal his own movements from Haig’s aircraft

The Great War, when it came, two years later, would then be the proving ground for all sorts of aerial experimentation.

First, it was just observation.

A British aviator, flying north of the army, first spotted the massive German columns which were designed to outflank the British and French armies and capture Paris in the Schlieffen Plan of 1914.

Because observation was their task, the earliest aircraft were unarmed, but this changed and soon there was aerial combat, the so-called “dog fights”, the popular images being “knights of the sky” who jousted with manoeuvres and machine guns, rather than with lances, maces, and swords. 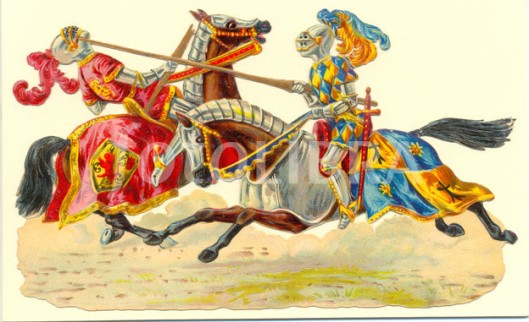 Next came the use of aircraft to disrupt enemy formations and their movements, bombing and strafing, sometimes as part of major attacks, the whole idea being to dominate the sky over the enemy’s trenches, while protecting your own.

And this is where we imagine 2nd Lieutenant JRR Tolkien 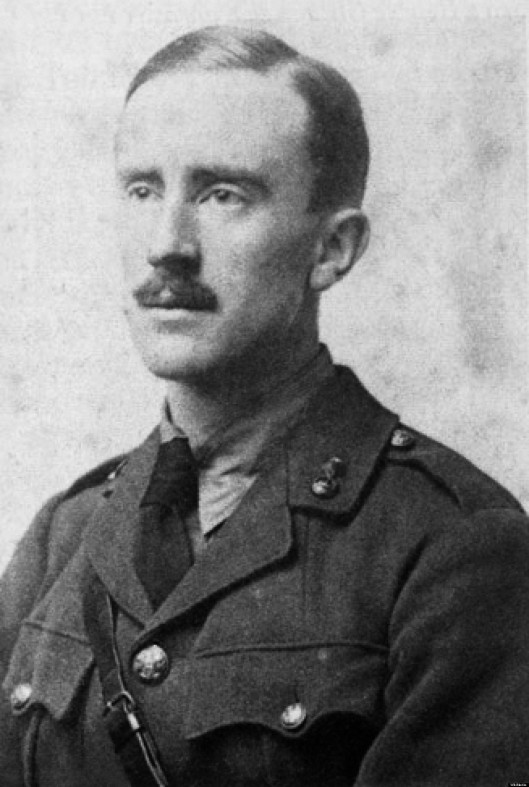 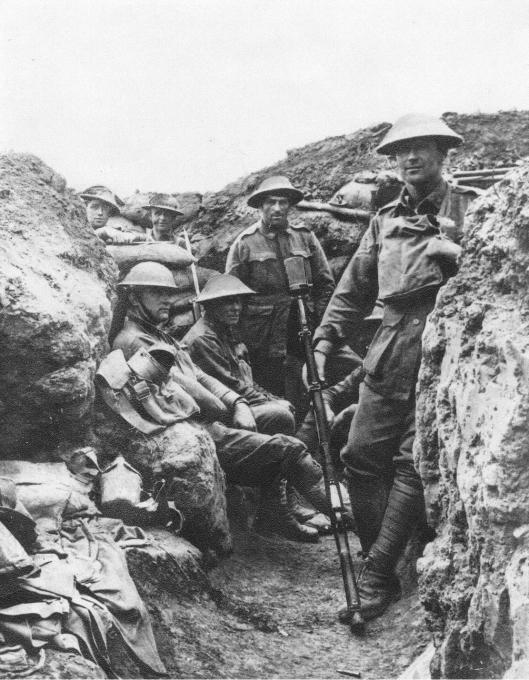 looking up, and thinking…

We can also imagine him imagining—not seeing flying machines, but something much earlier.  After all, with his education, background, and interests, it would have been difficult not to think of classical harpies 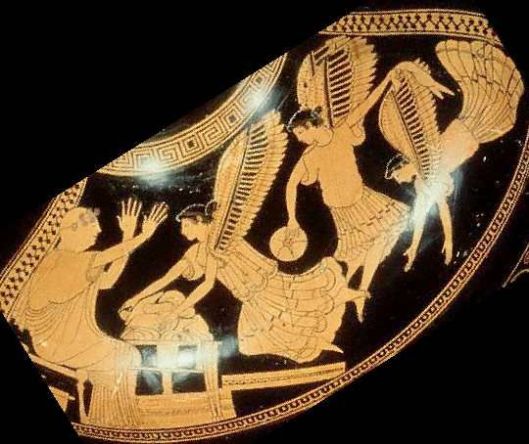 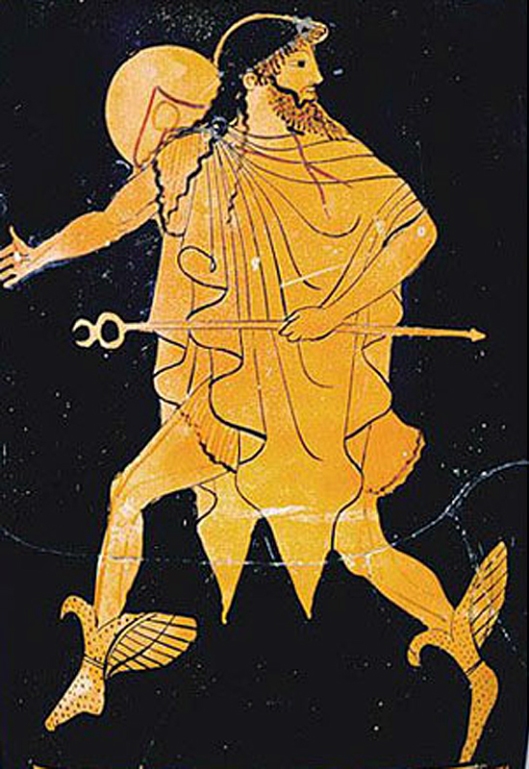 or Bellerophon, mounted on Pegasus.

And, with his Norse passion, there would also, of course, be dragons…

And, perhaps a combination:  a Bellerophon mounted on a miniature dragon?

In the world of the trenches, there were two defences against aircraft:  friendly aircraft in the air 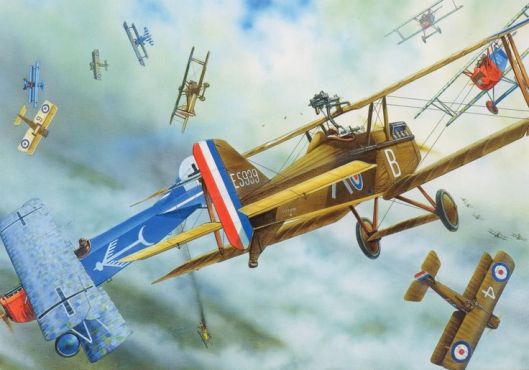 and anti-aircraft guns on the ground.

But the war ended fairly quickly for the scholarly lieutenant, laid low by a more primitive enemy than Industrial Age Germans with bombs:  lice. 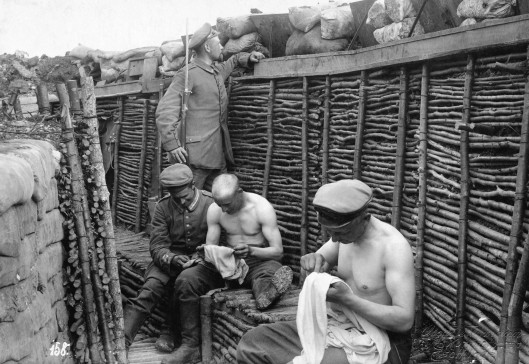 JRRT became sick with what was then called “trench fever”, an illness conveyed, like typhus, by the bite of the tiny insects who colonized the clothing and bodies of soldiers in every dugout in Europe.  Wracked with recurring fevers, headaches, and complete exhaustion, among other complaints, men ill with trench fever were brought to base hospitals and, if sick enough, were sent home, as there was no cure, to recover as best they could.  Tolkien spent the rest of the war in the hospital or in garrison in England and thus escaped the last and perhaps worst years of the war in the trenches.

At home, he became Professor Tolkien, taught his classes, fathered four children, and then a second war came, one in which the primitive air war of the first war was intensified by more sophisticated aircraft, more powerful explosives, and plans to bomb Britain into ruin and submission in what was called “The Blitz”. 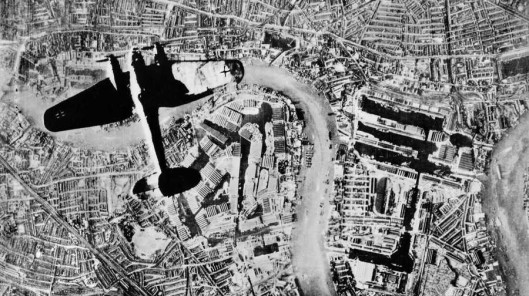 JRRT went back into service, this time as an air raid warden, even as two of his sons were more directly involved in the war.

Night after night, the bombers came,

to be met with the same weapons as the previous war:  aircraft, 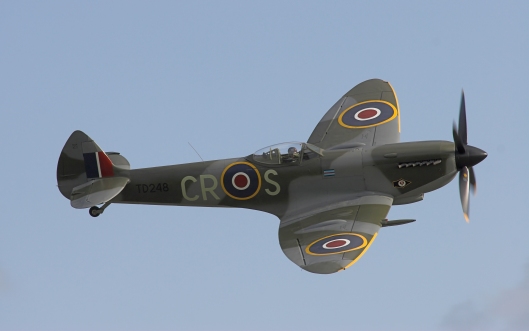 and, because the enemy began to attack at night, 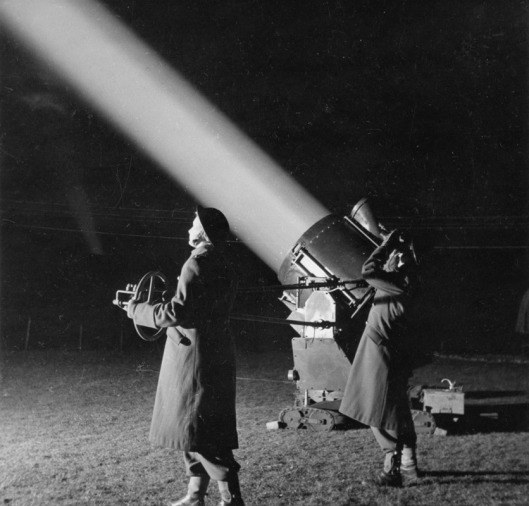 And this brings us back to our imaginings.  Working on The Lord of the Rings, staring into the night sky, listening for enemy bombers, would Tolkien have thought of danger to Middle-earth in the form of flying things, not machines but terrible figures mounted on even more loathsome creatures—and what could be done about them?  Magic, perhaps?

Thanks, as always, for reading!