Today’s posting continues our writing on the Shire, being the last in the geographic series, as we might call it, of which the earlier are:

In this posting, we want to look at the East March and the West March of the Shire.

JRRT doesn’t give us much to go on, there being only a single reference in the Prologue to The Lord of the Rings to these:

“Outside the Farthings were the East and West Marches: the Buckland…and the Westmarch added to the Shire in S.R. 1452.”

“March” or “mark”, is related, in English, to margin, “the edge of something” and means a borderland. A border can be a natural feature, like the Pyrenees which (now) separate France and Spain.

Or a river, such as the Rio Grande, between much of the US and Mexico.

It can be simply a concept, such as much of the border between the US and Canada.

with the Great Wall. 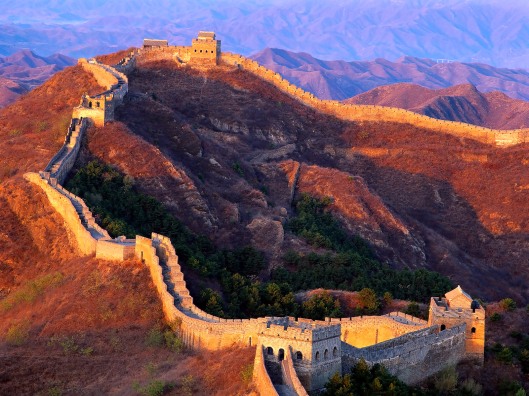 The Romans set up two walls in Britain, both (in part?—there’s always scholarly argument over such things) to block the northern tribes of Picts from central and southern Britain.

And this was only part of a much bigger defensive system: the Romans also had an extensive network of ditches, walls, watch towers, and forts from the mouth of the Rhine southeast across western Germany and beyond to keep out the Germanic tribes who lived, often, just beyond. 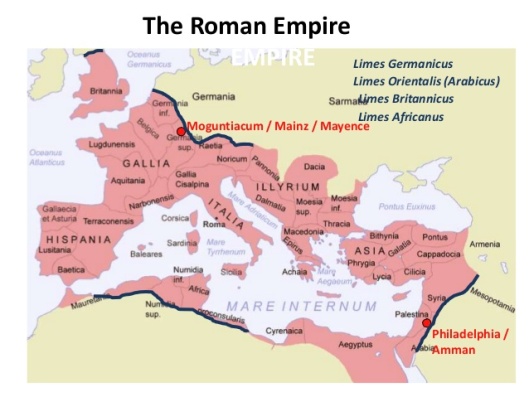 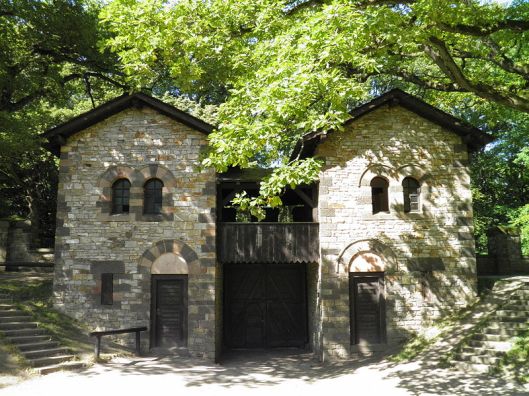 In the centuries after the decay of Roman control, the locals in Britain built several ditch and wall barriers, most notably at Offa’s Dyke, which seems to mark a section of the border between England and Wales.

In the case of Tolkien’s marches, however, there are neither walls nor works, except, we suppose, if we include the High Hay, a dense hedge which separates the Old Forest from Buckland:

“Their land was originally unprotected from the East; but on that side they had built a hedge: the High Hay. It had been planted many generations ago, and was now thick and tall, for it was constantly tended. It ran all the way from Brandywine Bridge, in a big loop curving away from the river, to Haysend…well over twenty miles from end to end.” (The Fellowship of the Ring, Book 1, Chapter 5, “A Conspiracy Unmasked”)

So far, we have been unable to discover an illustration of this, but we guess that the Hay may have been a hawthorn hedge, as: 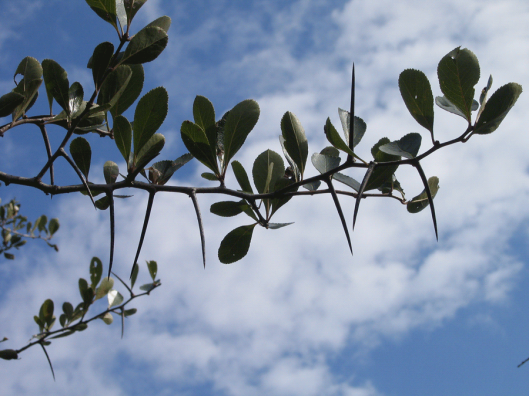 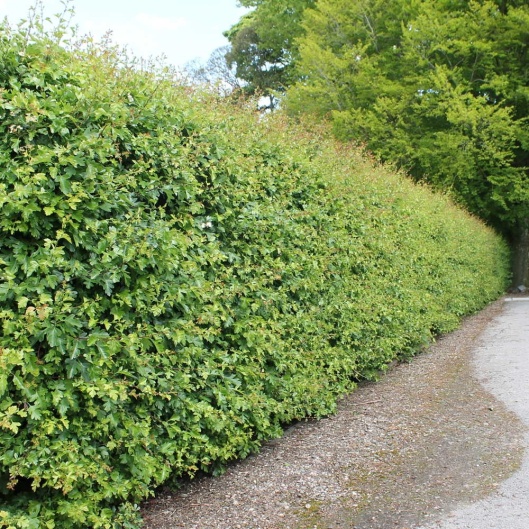 As the old word “hay” means a hedge– as does the “haw” in hawthorn–we offer this to our readers as a possibility.

A hawthorn hedge might keep out marauding beasts, but it’s hardly the equivalent of Hadrian’s Wall or the Great Wall, and the West March doesn’t appear to have any fortification at all, underscoring the nearly-complete defenselessness of the Shire, as well as the generally-peaceable nature of the Hobbits. As JRRT writes in the prologue:

“At no time had Hobbits of any kind been warlike, and they had never fought among themselves…So, though there was some store of weapons in the Shire, these were used mostly as trophies, hanging above hearths or on walls, or gathered into the museum at Michel Delving.”

“…they heeded less and less the world outside where dark things moved, until they came to think that peace and plenty were the rule in Middle-earth and the right of all sensible folk.”

We shall see in our next posting what happens when some of those “dark things” move—into the Shire.