Welcome, as always. This posting began years ago for one of us with this comic book. 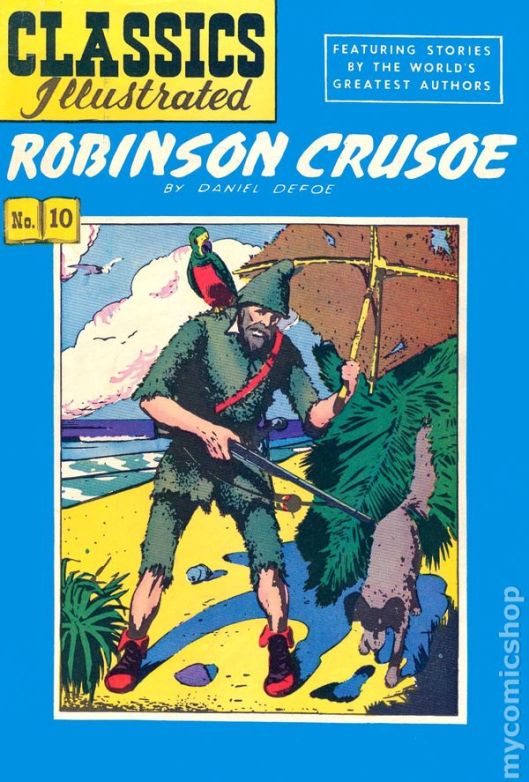 first published in London in 1719.

In the story, Crusoe is shipwrecked,

Fortunately, for Crusoe, although there are no survivors, the ship remains afloat for some days 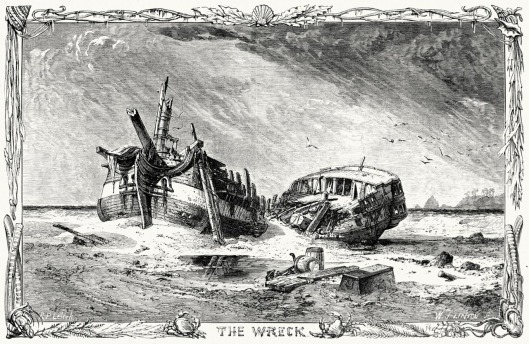 And he is able to ferry ashore a large supply of important items, including weapons and ammunition and even some animals.

He spends years on this island and has all sorts of adventures, but what interested one of us when we first read it was the absolute coolness of how Crusoe built up a rudimentarily comfortable world from being marooned and, potentially, without hope.   (In fact, tradition says that, when pirates marooned—meaning intentionally abandoned– a member of their band, it was with only two things: a bottle of rum and a loaded pistol, as in this N.C. Wyeth—) 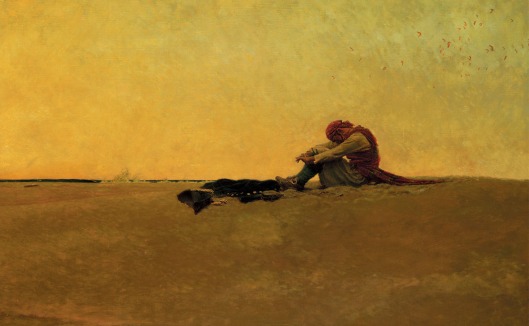 Mentioning Wyeth, you, if you are a regular reader, will know that our favorite version of the story is Wyeth’s own, from 1920.

Defoe tells us that Crusoe lived in a cave and built huts, but, for us, what was really interesting was, after thinking seriously about pirates and cannibals, he built a stockade—like this real one, Fort Necessity, built under the orders of George Washington, in 1754.

or this imaginary one, used in Stevenson’s Treasure Island (first published in book form in 1883). 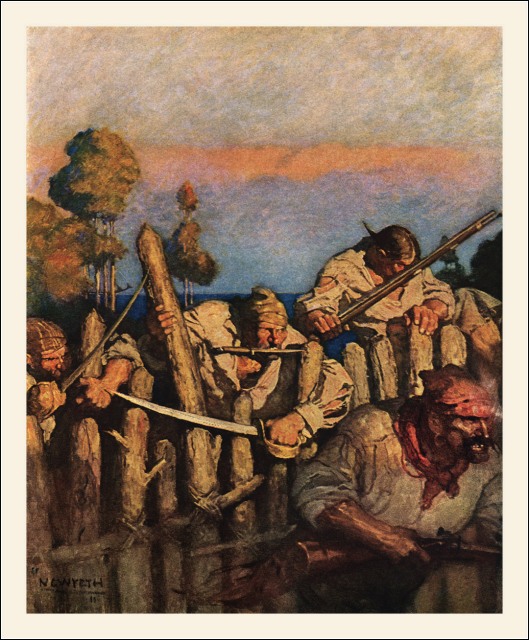 It is understood that a major source for Robinson Crusoe was the story of a real man, Alexander Selkirk,

who had had to make a life for himself on Juan Fernandez, a Pacific island, in 1704-09.

Selkirk and Robinson Crusoe are then sources for Treasure Island.

A book upon which Robinson Crusoe had an even stronger influence (the title alone tells you all) was Der Schweizerische Robinson (usually, in English, Swiss Family Robinson) by Johann David Wyss, published in 1812.

Instead of a lone Englishman, Wyss’ story is about a sturdy Swiss family of father, mother, and four boys, who, just like their namesake, Robinson, endure shipwreck, but are granted the same advantages of a ship which stays afloat long enough to provide weapons and supplies and livestock and an empty island in a tropical climate.

We grew up on the Disney version of this (1960), which is, as is so often the case with Disney movies made from novels, wonderfully memorable visually, but with many changes to the original plot, not all of them, in our opinion, either justified or even necessary. What has stuck with us, however, is the wonderful scenes of the family stripping the ship

and, what we remember most (and wanted most) was the treehouse in which the family lived. 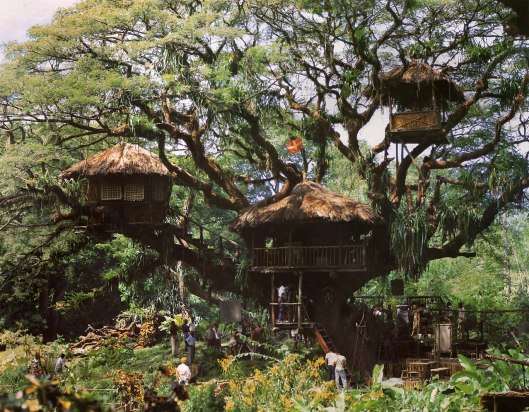 In the Wyss book, they had originally lived there, but had moved to a cave, after the mother had had an accident. So many rooms on so many levels had made us long for something like it (we still do!), but it also made us wonder about Tolkien’s Lothlorien, some of which is also perched in trees. But more on Lothlorien and its look in our next posting.