Last Friday was Midsummer’s Eve and it never comes round but we think of Shakespeare’s A Midsummer Night’s Dream (our modern spelling—its first printing—The First Folio, 1623—spells it A Midsommer Nights Dreame). 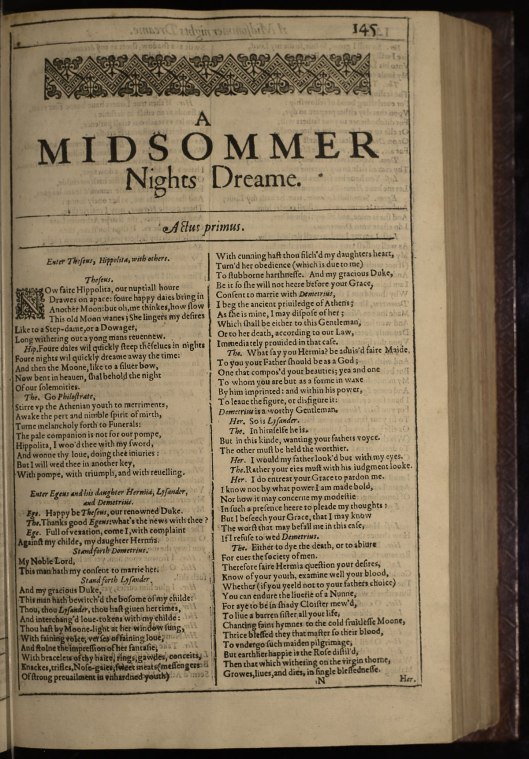 If you don’t know it, it’s exactly what “dreame” could mean to an Elizabethan besides our modern understanding of the word, that of “a series of scenes we see in our sleep”:  a fantasy, and a crazy fantasy, at that.  Without more than dipping into the plot (more than a dip and you plunge straight to the bottom), it has a wide cast of characters, including the ancient Athenian hero, Theseus, and his bride-to-be, the Amazon queen, Hippolyta (here as we might have seen them in a late Victorian production),

some workmen, who plan to present a tragic play (they think) as part of Theseus and Hippolyta’s wedding party,

some lovers who love the wrong people (this and the previous illustration are from a famous 1935 film of the play),

and a mischievous sprite, Puck, or “Robin Goodfellow”, who is the servant of Oberon and who enchants various characters. 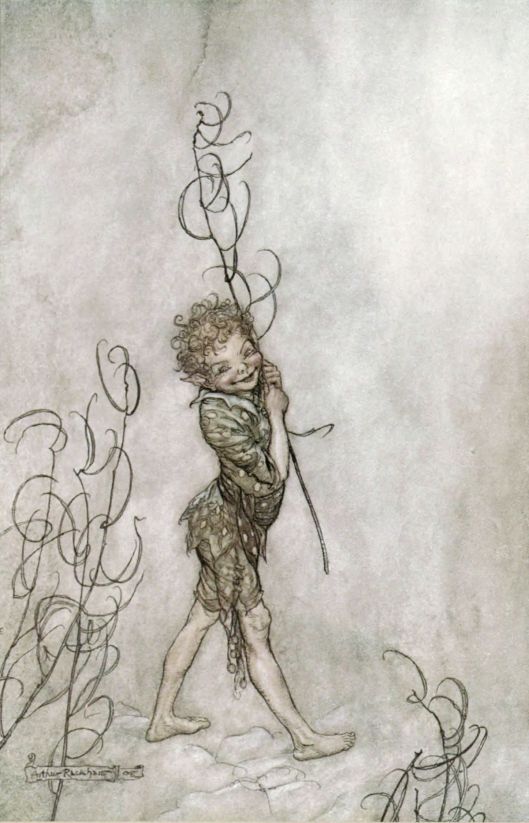 These last two images, as well as that of Oberon and Titania, are from Arthur Rackham’s 1908 heavily- illustrated edition of the play, which we very much love.  Here’s a LINK so that you can have your own copy:  https://ia800909.us.archive.org/7/items/midsummernightsd00shak/midsummernightsd00shak.pdf

At the play’s end, Puck appears and, turning to the audience (this is the spelling of the 1623 printing), says:

Robin. If we shadowes haue offended,

Thinke but this (and all is mended)

That you haue but slumbred heere,

While these visions did appeare.

And this weake and idle theame,

No more yeelding but a dreame,

For us, it’s always seemed like an unnecessary intervention on Puck’s part.  In seven lines, he takes away the whole story:  the characters aren’t real, only shadows, which seems to echo what Macbeth has to say in Act V, Scene 5, of his play:

Life’s but a walking shadow, a poor player,

That struts and frets his hour upon the stage,

And then is heard no more.

As well, Puck suggests that the plot is shaky and worthless (“weake and idle”) and that the whole thing is not a “dreame”—fantasy—but “dreame”, a series of scenes the audience has seen in a doze (“that you have but slumbred heere”)—is he suggesting that the quality of the work is so low that it’s put the whole audience to sleep?

This could, of course, be a sort of false modesty:  we all know that this was a wonderful combination of overlapping, mirroring plots, lovely poetry, and wonderful silly slapstick comedy (grin, grin, wink, wink, nudge, nudge).

We could imagine, however, that there is another possibility, that the idea of coming into contact with such a powerful fantasy is almost too much for humans, and so it has to be explained away, if not actually denied:  enchantment?  fairies?  you must have been dreaming!

We certainly know other stories which show a certain anxiety about fantasy.  Both Alice books, for example, end with Alice waking up.  In Wonderland, she is dreaming that she’s being attacked by the playing cards of the Red Queen’s court, only to awakened to her sister brushing dead leaves off her.

In Through the Looking-Glass, Alice is awakened by her kitten, Dinah.

Although, in the original 1900 book, The Wonderful Wizard of Oz, Dorothy, using her silver—not ruby—slippers to carry her back to Kansas, lands wide awake in a field near her aunt and uncle’s house, in the film version, she wakes from what might have been a coma, having been injured in a cyclone near the story’s opening. 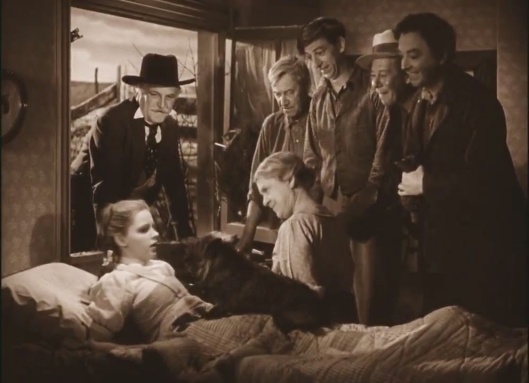 (If you don’t have your own copy of the book, here’s a LINK with the original Denslow illustrations: https://archive.org/details/wonderfulwizardo00baumiala/page/254/mode/2up )

But we’re forgetting one thing:  it’s not just any night’s dream, it’s a midsummer night’s dream and midsummer is a tricky time, being a moment when the year’s day is at its greatest length, but, when the day is over, the days will become shorter and shorter until the winter solstice, in late December, the shortest day of the year.  All over the western world, it’s a time for special customs and ceremonies

and, virtually everywhere, for enormous bonfires. 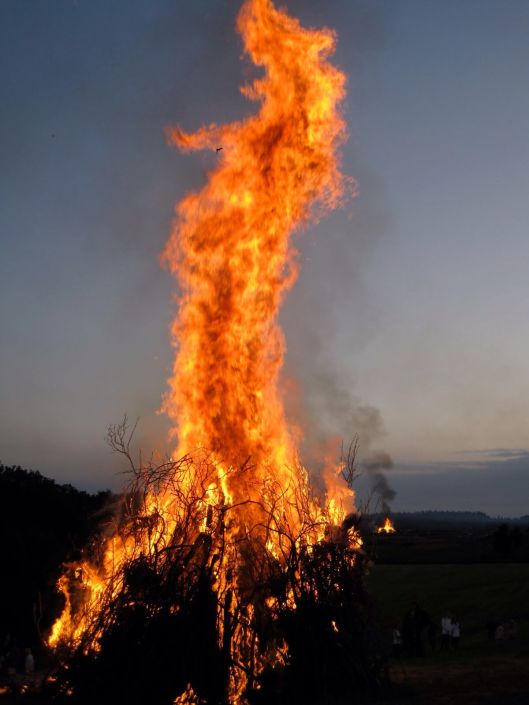 It has long been suggested that certain customs and those fires, in particular, may date from long before the modern world and even from the gradual Christianization of the west, where, in so many places, the day has become attached to John the Baptist, thought to be the first Christian martyr.

There are complicated theological explanations for this attachment, but, as John was executed, perhaps, this suggests a pre-Christian sacrifice to make certain that the sun, even if it spends less and less time in the sky each day afterwards, will return in full some day?  Certainly the bonfires on the day when the sun is about to begin to appear for briefer times each day could seem like an attempt at magically encouraging its power.

Shakespeare’s original audience was much closer to earlier worlds than we and the dramatist himself came from the country, where folk belief was much stronger than in London.  Perhaps, then, Puck’s words are meant in several senses at once:  on the one hand, we are modest (really!) about our play, but, on the other, it’s better to imagine that this is only a dream—something you saw in your sleep—than there could ever be a world where supernatural creatures could exist—and interfere in human affairs—at least at Midsummer.

Thanks for reading, as always, happy belated Midsummer’s Day, and

composed an overture based upon his impressions of Shakespeare’s play and, in 1843, followed this with a full score to accompany a performance of the play (in German) in Berlin.  Here’s a LINK to a recording with original instrumentation, which we prefer, conducted by Frans Brueggen, with the Orchestra of the 18th Century.  This contains the overture, plus the numbers added for the 1843 production. We hope that you like it as much as we do.