In this posting, we’re continuing the little series we began on the fairy tales of Charles Perrault and what other creators have done with those stories over the centuries. 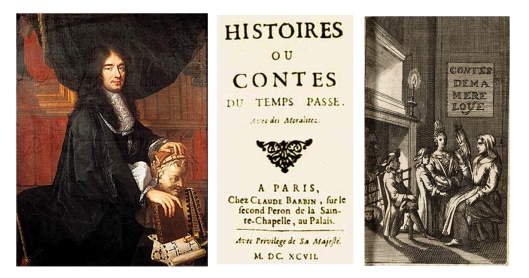 This little collection (which also came to be known by a secondary title as Contes de Ma Mere L’Oye–“Tales of My Mother Goose”)–contained, among other stories, “Sleeping Beauty”—which we’ve discussed in the first two posts of this series—and “Cinderella”.  (The original 1697 version is available from the BnF—the Bibliotheque nationale de France—here’s a LINK.) 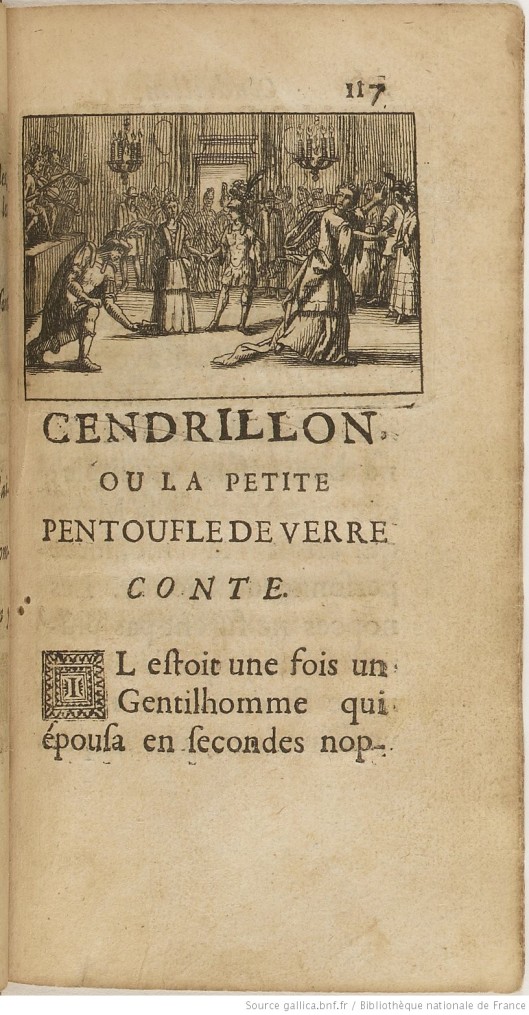 If you’d like to read the closest one might get to Perrault’s late-17th-century French, you might try the translation by James Robinson Planche, the dramatist/costume-designer/etcetc, whom we mentioned in the first post in this series.  He had conscientiously searched for a first edition of Perrault’s collection, but had to make do with a second, as he tells us, but he strove to recreate in his English the feel of the French original.  Here’s a LINK to Planche’s 1858 Four and Twenty Fairy Tales.  Selected from Those of Perrault, and Other Popular Artists. 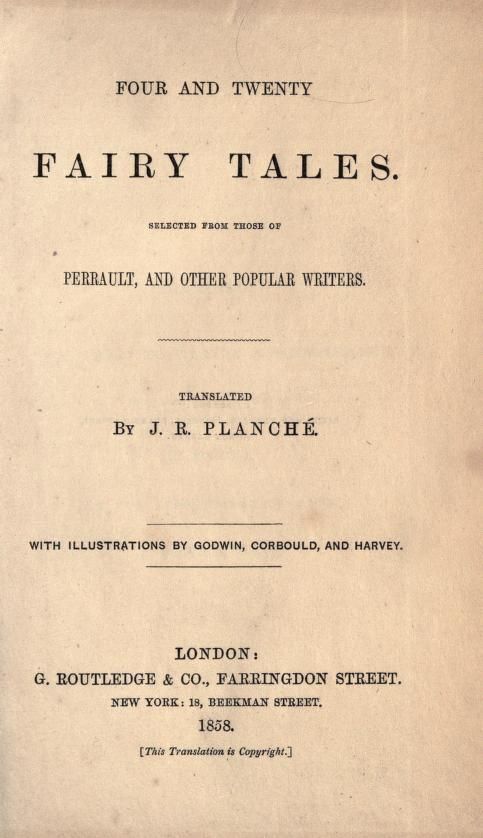 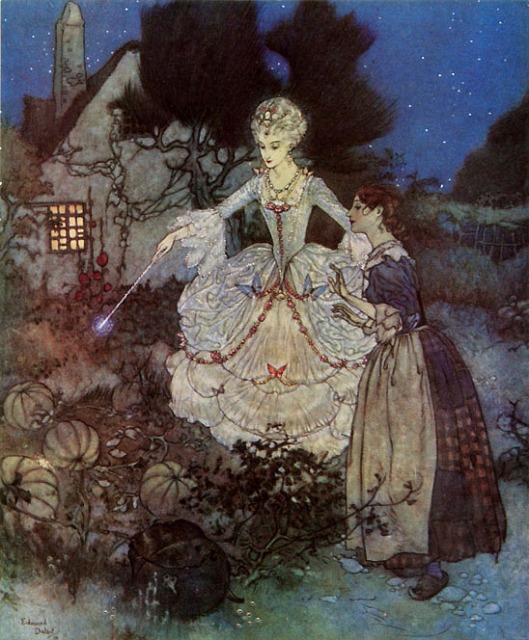 from Edmund Dulac’s Picture-Book for the French Red Cross (1916)—with a LINK to it here.  (It’s an especially interesting book, not only for the beautiful illustrations, but also for the wide range of stories, including a version of the famous Persian/Arabic story of “Majnun and Layla”.)

version, Cendrillon, was a  hit in Paris—and then internationally.  Here’s a LINK to a recording of its overture so you can see what pleased Europe in the middle of the Napoleonic Wars.

version in 1817, La Cenerentola.  Here’s an early Italian playbill for it.

And here’s a LINK to the overture. (If you like it, there is at least one complete performance available on YouTube—you can easily find it when you follow this link.)

What’s interesting about these versions is that the Fairy Godmother of the original story has been replaced by a human—in Isouard’s version, with some magical powers, in Rossini’s, with native wit.  There’s no explanation for this—it’s simply the case and, for us, it somehow diminishes the story.  It’s like the Troy movie of 2004, from which the gods had been removed.

Unlike Isouard and Rossini, the fairy godmother, plus assorted fairies, are present and active in this very elaborate telling.  Here’s a LINK to some of the ballet music to give you an idea of the sound of the opera.

Our last opera is the very opposite of Massenet’s, being a chamber opera with only a piano for an orchestra.  It is by a woman composer who began her career as a famous mezzo-soprano, Pauline Viardot (1821-1910).

Not only was she a brilliant singer, with an enormous range, but she was also a pianist so good that she regularly played duets with her friend, Frederic Chopin,

as well as speaking half-a-dozen languages fluently.  When her voice began to fail her, she moved to teaching and composition, as well as keeping a salon in which many of the most famous and influential creators of the second half of the 19th century spent their evenings.

Her version of the Cinderella story, Cendrillon, was first performed in 1904.

As we suggested, it’s the very opposite of the very sumptuous Massenet opera:  7 singers, no chorus, piano for accompaniment, but it’s musically very rich—and includes the fairy godmother—and the pumpkin, etc., although these are all off-stage.  It is not often performed—there’s one recording— 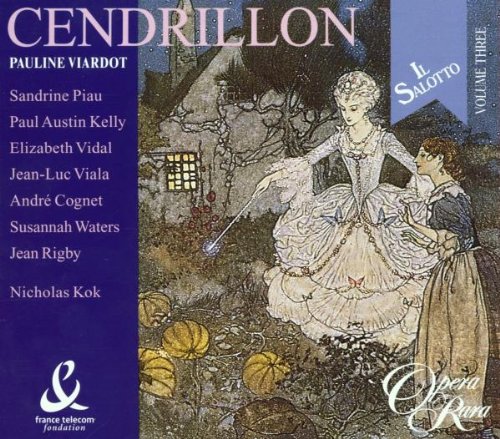 which we heartily recommend, as it’s beautifully sung.  And here’s a LINK to a production on YouTube, if you’d like to see it.

We’re going to close this posting, take a deep breath, and start writing the last in this little series:  Cinderella on film, beginning, in a surprisingly-early (if brief) version by Georges Melies—from 1899.

But thanks, as always, for reading and definitely

If you read us, you know us—we can never resist a PS—and this is just a visual.  In our survey of Cinderella images, we found this.  Need we say more?