Welcome, as always, to our blog, dear readers.

In our last, we began discussing wheeled transport in The Lord of the Rings.  We began with Gandalf’s cart, mentioned in Chapter 1. 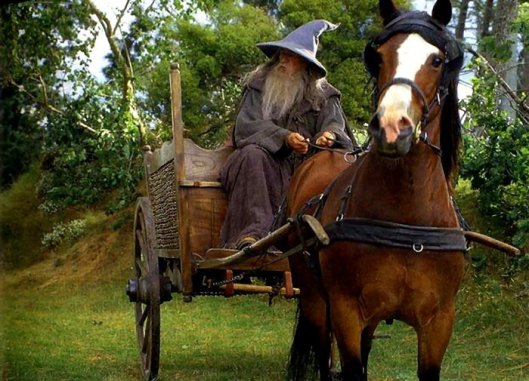 The posting took us from the first traces of wheeled vehicles in western Europe, circa 3600BC (literally traces—just a pair of tracks in the clay) 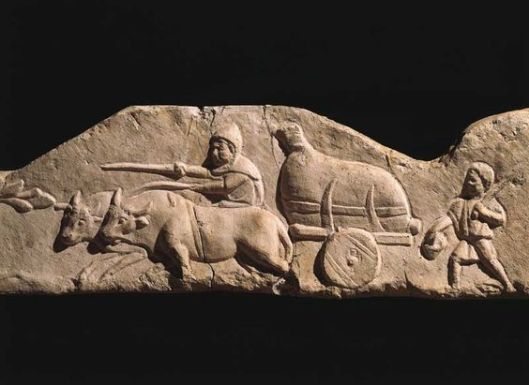 to their descendants, medieval carts,

which led us back to Gandalf.

Continuing our discussion, we move from carts (2 wheels) to wagons (4 wheels) with the wagon Farmer Maggot uses to carry the hobbits to Bucklebury Ferry:

“I was going to say:  after a bit of supper, I’ll get out a small wagon, and I’ll drive you all to the Ferry.” (The Fellowship of the Ring, Book One, Chapter 4, “A Short Cut to Mushrooms”)

There is no description beyond that, really, but wagons are pretty generic things.  We have a few examples of early (600-500BC) Iron Age wagons—very fancy ones, too—from burials, 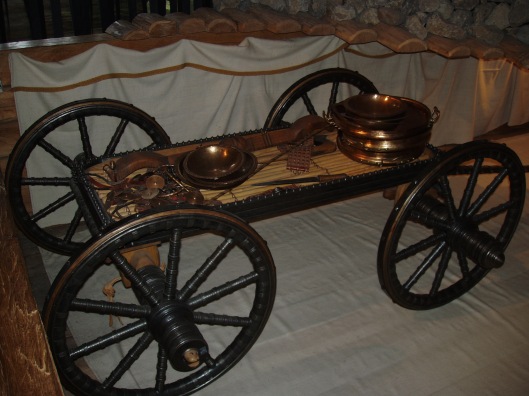 as well as this later Viking wagon. 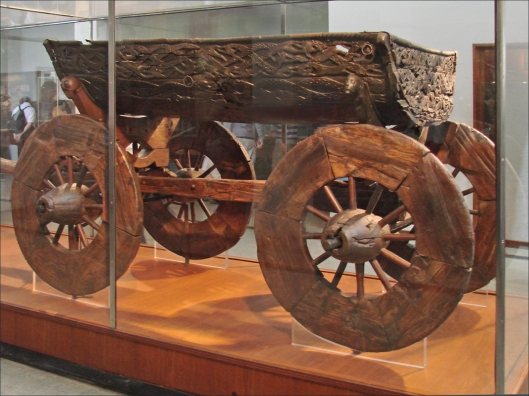 And, in between, we have Roman wagons

and their medieval descendants. 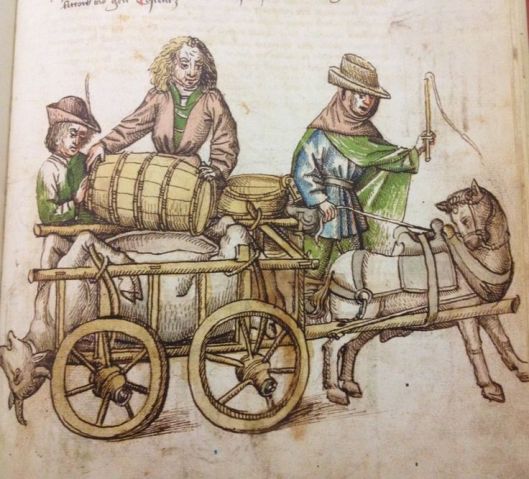 Farmer Maggott’s wagon, would probably have looked something like this (without the arms).

Of course, those Roman wagons were meant for paved Roman roads. 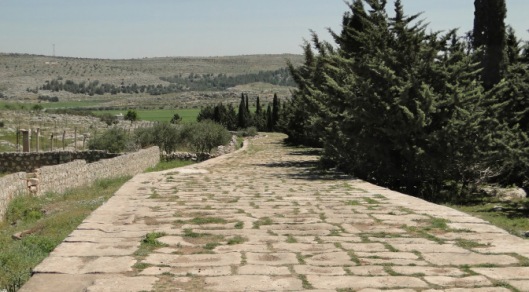 Although some Roman roads remained on the surface and continued to be used, most medieval roads were merely dirt and stones—as JRRT illustrates in that picture of the Hill 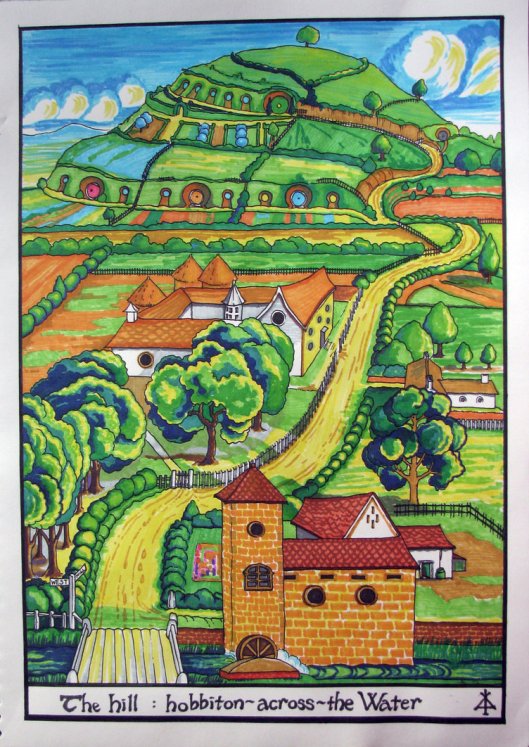 and as we see in this picture. 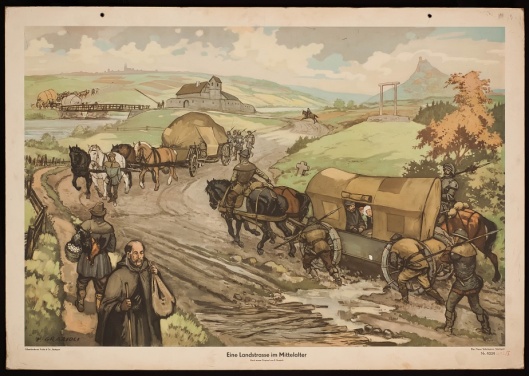 In which case, medieval people relied upon pack horses to transport many of their goods.

(Think of Bill the pony as a modest example.)

An old word for wagon is wain and we would like to end this brief exploration with something about wains and Wainriders.  In Appendix A, we find this:

“The third evil was the invasion of the Wainriders, which sapped the waning strength of Gondor in wars that lasted for almost a hundred years.  The Wainriders were a people, or a confederacy of many peoples, that came from the east; but they were stronger and better armed than any that had appeared before.  They journeyed in great wains, and their chieftains fought in chariots.”

We’ve been puzzled by that combination of “great wains” and “their chieftains fought in chariots”.  The only immediate reference we could think of was to the Iceni, a tribe of ancient Britain, who, led by a female chieftain named Boudica, revolted against Roman occupation in 60-61AD.  At the final battle, where they were defeated by Roman troops, they had parked wagons in a crescent formation to their rear, then advanced with their chariots and infantry against the Romans. (See Cassius Dio, Roman History, LXII.12 for a description of this battle—here’s an easy LINK to that portion of his extensive writing.)

There is a problem here, however.  The Britons were not migratory and their wagons were probably no more than farm wagons and carts, hardly the great wains of JRRT’s description.  If we removed the chariots, another candidate for the Wainriders might be the Mongols, however, who were migratory and traveled in something even more splendid than a wagon—a gur—like this one— 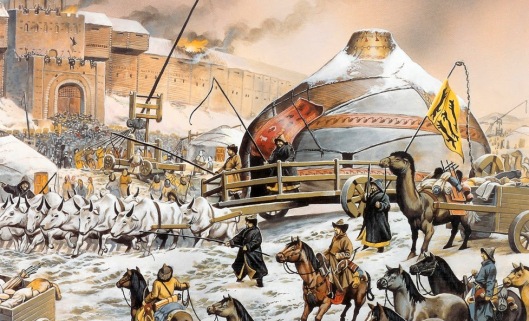 The Mongols certainly came from the east and, in a short time, swallowed up territory from China all the way to eastern Europe.

It is more likely, however, that JRRT combined things–it wouldn’t be the first time he synthesized—so much of his so-called legendarium is a mixture of this and that in brilliant profusion.  So, in the same spirit, we asked ourselves what we thought wains might look like and immediately saw the big wagon which was instrumental in colonizing the western part of the US, the Conestoga.

Great, long lines of these and other wagons, packed with people and supplies, crossed the plains from the 1840s on.

Could we then remove the 19th-century settlers and add Celts and their chariots, say? 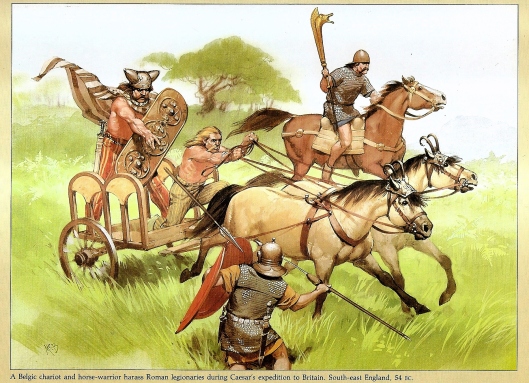